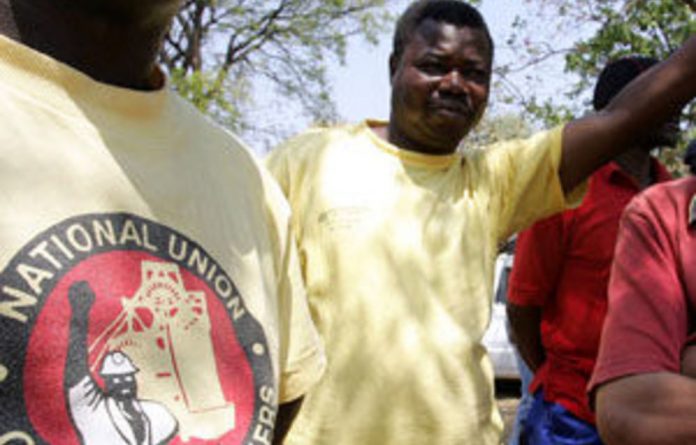 One person was killed in clashes with angry miners outside Impala Platinum’s Rustenburg operations, North West police said on Thursday.

The man was beaten up and stripped. He died in an ambulance, Ngubane said.

A police officer and several civilians were also injured in the violence.

On Thursday morning about 5 000 people, believed to be part of the group of over 17 000 miners fired for going on an illegal strike, were “running up and down the streets outside the mine” and had set fire to the disused Freedom Park Satellite police station.

“The situation is definitely volatile as we speak.”

Police from other parts of the province had been sent to the area.

Ngubane said no rubber bullets were fired by police following a directive last year that this was no longer allowed in crowd control. The miners appeared to be focusing on getting to shafts one, two and A2 to shut down the mine.

The police officer was hit and was treated for a minor injury. An unconfirmed number of people were taken to hospital on Wednesday night for treatment, Ngubane continued.

About 17 200 workers were fired in January after a dispute and an illegal strike which started on January 12 over a retention bonus paid to rock drillers, in an effort to reduce high staff turnover.

Miners had downed tools because they were unhappy the bonus wasn’t paid to everyone.