Pravin expected to pounce on tax in 2012 budget speech 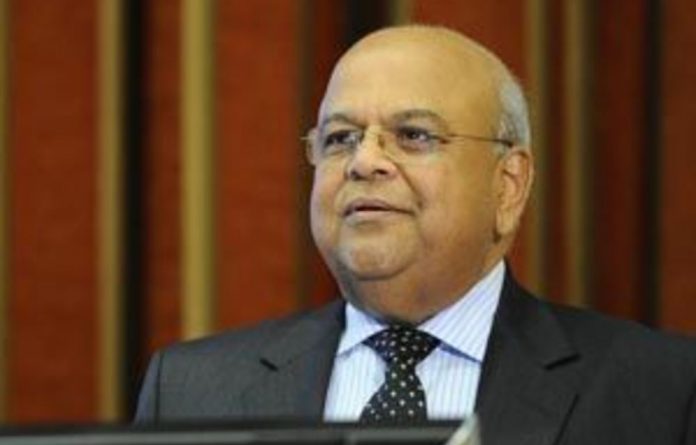 Finance minister Pravin Gordhan faces a stern test of his mettle on Wednesday when he delivers his 2012 budget in Parliament.

Not only will Gordhan have to balance the books in uncertain global economic times, but he will also need to find funds for government programmes heavily dependent on spending.

He has been saddled with the challenge of providing details of funding for not only the national health insurance scheme and the ambitious infrastructure programme unveiled in President Jacob Zuma’s State of the Nation address, but also several other peripheral social programmes government wishes to introduce.

Faced with the need to increase spending while actual income into government coffers has not increased correspondingly, Gordhan has few options for increasing revenue.

The most obvious strategy would be to raise taxes with an even spread across the income, corporate and value added tax (VAT) base.

But this might be difficult as the South African tax base has not grown in a meaningful manner since the global economic crisis of 2008.

Tim Harris, the Democratic Alliance’s spokesperson on matters relating to finance, agreed there was a need to find more funding.

“But any further burden on our taxpayers is not the solution,” he told the Mail & Guardian. “Increased corporate taxes discourage job creation, more income tax leads to less spending and an increase in VAT will adversely affect the poor.”

Harris said that any moves on taxes would undo the “fine tax-paying discipline” shown by many South Africans.

“If we were to burden people with more taxes, we could easily slip into the same problem experienced by places like Greece, where citizens find ways of shying away from taxes,” Harris added.

The DA will deliver their alternative budget later on Monday, in which Harris said the official opposition will be proposing a strictly “growth-driven” budget.

Even spread
Harris’s theory was accepted in part by Adenaan Hardien, a senior economist at Cadiz, who said that while there was little scope for it, an increase in taxes might be inevitable.

“If these programmes are funded through national government’s coffers, we are going to have to pay it back eventually, and that may well come from taxes,” Hardien said.

Hardien suggested a combination of strategies might be employed by Gordhan to fill in any shortfall.

“Funding these projects would require raising revenue from a small tax base, so you wouldn’t be able to load one section of the population alone. It may come from an increase in income and corporate tax, as well as VAT,” Hardien said.

Waste not, want not
But Chris Hart, the chief economist at Investment Solutions, argued that even if taxes were increased, this would not deal with the “fundamental problem” of a lack of “capacity to deliver”.

“I don’t know how Minister Gordhan will keep a straight face if he puts up taxes in the face of all this excess wastage by government. Year after year we have a situation where the money is there, but is not used properly. You can’t solve that by throwing more money at the problem,” Hart said.

This was echoed by the DA’s Harris.

“We can increase revenues and get more money coming in, but we need to use it effectively to ensure the promises made are kept,” Harris said.

Defeating the purpose
Besides increasing revenues through taxes, there were rumblings that increased costs could be met by introducing so-called “user fees”.

This would involve increasing the cost of electricity and water, or presenting levy or toll structures on the infrastructure developed by the government.

But Hart argued that any introduction of fees to users of government infrastructure would be counterproductive.

“We will not taste the fruits of any infrastructure plan if it is not funded properly. If funding it involves end users paying for that service, it defeats the purpose entirely, as we’ve seen with the furore over the introduction of toll gates in Gauteng,” Hart said.