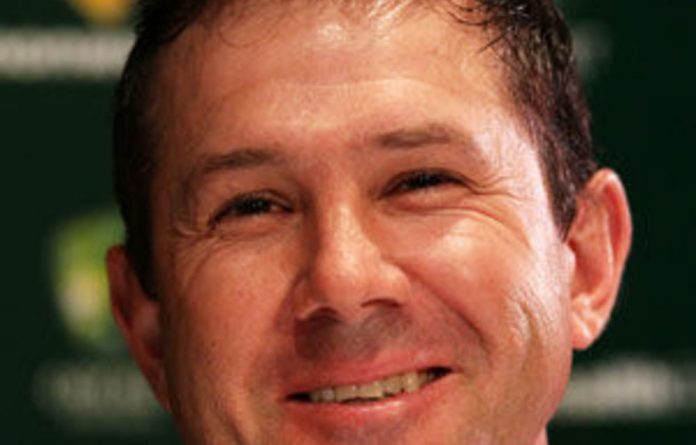 Ricky Ponting is being self-indulgent and should have retired from Test cricket as well as the one-day game, former Australian paceman Geoff Lawson said on Wednesday.

But others, including former skipper Allan Border, backed the 37-year-old’s decision to continue playing.

Ponting, cricket’s second-highest one-day scorer, was dumped from the limited overs side after 17 years this week but vowed on Tuesday to fight on in the Test team.

Lawson, a former coach of Pakistan, said that if Ponting wanted to go out on a high, as he has indicated, then he should go now.

“I thought the press conference was one of the most self-indulgent little pieces of self interest I’ve seen for a long time,” Lawson, who played 79 ODIs and 46 Tests for Australia, told Sky Sports Radio.

“I listened very intently to it and there was a lot of ‘I’ … ‘I this’ and ‘I that’ and ‘how I’m good for the team’ and I’m really annoyed by it … I just thought it was incredibly self-indulgent. Maybe Ricky needed it but I don’t think the team needed it … He said he wanted to go out on top. Well, he just made a double hundred in the Test match [in Adelaide last month]. The only way he can go now is down.”

Why not?
But Border, who played 156 Tests, disagreed, saying Ponting remained a “walk-up start” to Australia’s Test side given a lack of young batting depth.

“I’m always reluctant to push these guys into retirement when they’re not quite ready because we haven’t got those four or five young players pushing these guys,” Border told Foxsports.com.au.

“Ricky Ponting at his absolute best is a walk-up start. Ricky Ponting a little bit below his best is still heaps better than a lot of the young guys that we’ve got going around … He’s got that passion for the game and the passion for the effort that goes in behind the scenes that people don’t see. And while he thinks he can do it all, why not keep going?”

Ponting’s ODI sacking came less than a month after his commanding role in Australia’s 4-0 clean sweep of the home Test series against India, when he scored 544 runs at 108.80 with two centuries and three 50s.

He is now looking to extend his 162-Test career in the West Indies in April.

Fast bowler Brett Lee called Ponting a “great ambassador” for cricket and said he would be sorely missed in the one-day dressing room.

“Ricky Ponting has been a wonderful teammate, he has been a great ambassador for the game and a brilliant cricketer, almost akin to Sachin Tendulkar,” Lee told reporters.

“The dressing room will seem quiet and empty now without him. It’s quite a weird feeling actually to think that he won’t be around in one day cricket, because he has always been there.”

While axed from the international one-day team, Ponting will continue playing the format for Tasmania and was on Wednesday named in their 13-man squad for South Australia on Saturday. — AFP