A rising star that is reaching for the sky 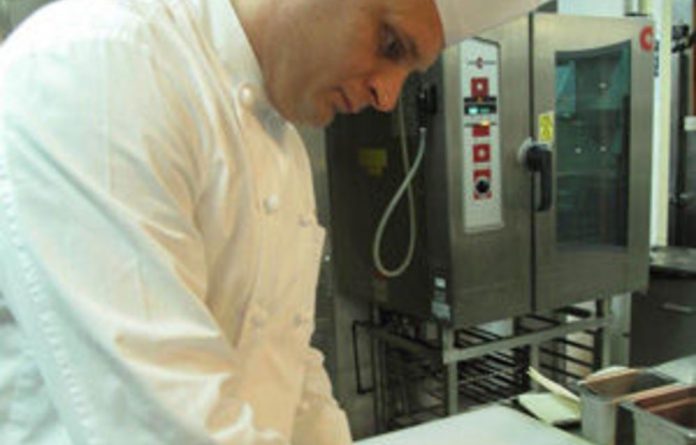 I have not eaten meat for about 20 years but, sitting in the dining room of Lafite, the fine-dining restaurant at the Shangri-La Hotel in Kuala Lumpur, I think: “Keep quiet and eat what is put in front of you.”

Lafite has long been considered one of the best restaurants in the city because of its innovative take on French and European cuisine. It now has a new chef, John Nash, from Virginia in the United States.

He agrees to let me sit in on the preparation for the evening meal and shows me how the complex dishes are put together to create layers of textures and tastes.

Because there are not marked seasons in Malaysia, he follows those in the US. The menu in early February is the winter one, so it has slightly heavier food with robust flavours. There is foie gras, wagyu beef and a cassoulet of beans and tomato. Nash wants to produce a new menu every 45 days or so, therefore two menus a season.

Whetting your appetite
This is an opportunity to experiment with new ingredients, which are flown in weekly from countries such as Japan and Australia. Once his cooks are trained, he will not be at the back of the kitchen “chopping vegetables” but rather at his MacBook, tinkering with a new menu.

First, there is the amuse-bouche, which allows the chef to be a little playful, whetting your appetite for the flavours to come. There is “salmon on the rocks” — the fish is cured for more than a day with brown sugar, fennel and crushed dhania seeds, rock salt, lemon zest and olive oil and served on small pebbles that have been sent through the dishwasher. It comes with a dab of horseradish foam — toasted with a blowtorch — and a tiny leaf of fennel and is meant to be eaten straight off the stones. There is also pear: pickled, puréed, shaped into a small mound, frozen and presented on a spoon dressed with honey.

Particularly interesting are what look like lollies, or cherries on a stick, but which are in fact balls of goat’s cheese concealing a baked, sugared almond. The ball is dipped in beetroot juice, which sets around the sphere.

Element of suspense
Nash says he “runs out of words” when trying to describe his dishes on the menu and there is an element of suspense when the diner does not know exactly how the dish will be prepared. For the wagyu, for example, the ingredients are listed, without ­embellishment, as “barley, horseradish, portobello”.

Nash has a cupboard in the corner of the kitchen filled with the products of the great chef Ferran Adria and his brother, Albert.

He shows me how to make orange foam, which is served with his wagyu strip loin. He places about 125ml of strained mandarin orange juice in a plastic bowl, adds 1.5g of Versawhip powder and 0.6g of Xantana, one of the brothers Adria’s products. These are then whipped into a foam with a hand blender. It is surprisingly firm and holds its shape well.

The wagyu beef, flown in from Japan, is marbled with fat and considered to be among the finest beef in the world. A thick piece is lightly salted, cooked for a few minutes on the flat top and rested in the oven. Meanwhile, Nash makes what must be the world’s quickest mushroom risotto, cunningly using barley instead of the usual rice. He also adds a pinch of mushroom powder, which intensifies the flavour.

To assemble the dish, he lays down a few teaspoons of the risotto and places the beef on top. A deep-fried spiral of potato is set alongside. At the table the waiter pours a sauce (reduced veal stock with a touch of cream and pepper) over the beef. There is a dusting of what at first appears to be pepper but is actually fleur de sel stained with edible charcoal powder to one side.

Expensive tastes
The amadai is a revelation. Nash first came across the sashimi-grade fish in Japan and brought it to Lafite. It is expensive — about $100 for a 1kg fish — but you would not say so from a cursory glance, as you would with a piece of pale pink salmon or deep red loin of tuna. It is a flat fish, vaguely pink, but it is the scales that are important.

Nash gives the fillet a rinse and then sprinkles it with salt. He ladles a generous amount of oil — three or four tablespoons — on the flat top and starts to fry it skin-side down. After a minute or two he turns it, by which time the scales have turned almost 90? and are buried in the flesh of the fish. The effect is a thick, crunchy crust — almost like eating tempura.

On the plate the fillet is served on a scoop of lentil purée (cooked with celery, carrots and onion and then passed through a sieve) and with a mustard sauce that is more like a hollandaise. It is also served with some braised endive and, for a note of citrus, that orange foam.

Nash has spent a great deal of time staging (working as an intern) at other restaurants, mainly in the East. “I’d pick up their concept, or what they were doing, and twist it to make it my own.”

He says most of his learning “has come from books”. He has “probably read the French Laundry Cookbook three times” and also admires the cookbooks from Alinea restaurant in Chicago and Noma in Copenhagen — the latter was voted the best in the world by Restaurant magazine in 2010 and last year.

Reaching for the stars
Nash says he has been given a free rein at Lafite, which would not have been possible in the US, where the chefs at fine-dining ­restaurants need to be a “big name” or at least have a few Michelin stars behind them.

His aim is to obtain a Michelin star, or two, but he says he is “barely touching” where he thinks the restaurant needs to be. His would like to make unique food that diners will enjoy and “if [French Laundry chef] Thomas Keller came here to eat, he’d say ‘that was a great meal'”.