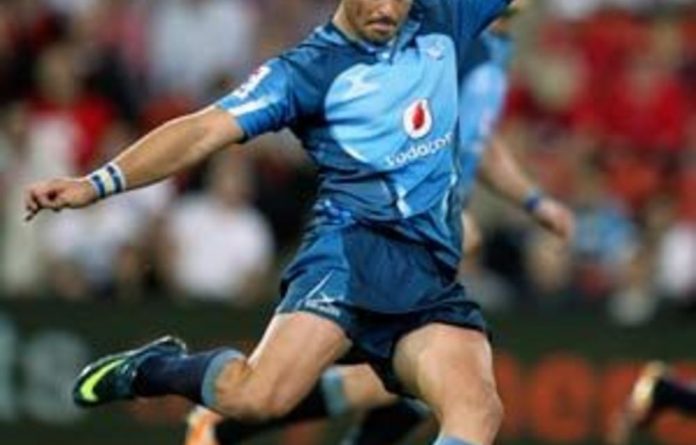 The Super Rugby campaign got to a dreary start with the Bulls beating the Sharks 18-13 in a lacklustre match at Loftus Versfeld on Friday.

The first points of the encounter were only scored in the 43rd minute after a mistake-laden first half.

To add insult to injury, neither of the two teams’ goal kickers found the target with five shots at goal being pulled to the right.

The Bulls made a comedy of handling errors, making 11 mistakes with the ball in hand in the first stanza.

The Sharks on the other hand found themselves on the wrong side of referee Jonathan Kaplan’s whistle because of undisciplined play.

Sleep gets in their eyes
The hosts had a few opportunities on attack but their ball handling got the better of them.

With the Loftus Versfeld crowd still in a slumber from the first half’s rugby, they rubbed the sleep from their eyes shortly after the start of the second half.

The Bulls looked in much better form after the restart and they soon had flyhalf Morne Steyn lining up a penalty kick at goal.

With his kick on target the match finally sprung into action with the Bulls attacking the line with greater fervour.

Tight defences
The Pretoria-based side enjoyed most of the possession and with it the territory but they struggled to pierce the Sharks’ defences.

With the Sharks’ defence holding, the Bulls pointed at the goal posts when the kick was within Steyn’s reach.

Steyn obliged four more times to open the gap between them and the visitors.

With the Bulls leading by 15-3, Lambie succeeded with his fourth attempt at goal.

His opposite number returned the favour with a drop goal to return their lead to 12 points.

The Sharks, however, provided for some excitement when Jacques Botes trotted through for the first and only try of the match with nine minutes left in the encounter.

Forward thinking
Lambie converted to bring them within five points of the Bulls.

Lwazi Mvovo made good ground with a fleet footed run to offload to Botes but the try was not without controversy after a pass in an earlier movement clearly went forward.

This strengthened the Sharks’ resolve as they made a number of attacks on the Bulls’ line but to no avail.

The bruising clash had a few casualties with the Bulls’ new centre combination being broken apart due to injury.

Johann Sadie was the first to retire hurt in the 12th minute while Francois Venter left the field near the end of the match.

Bulls lock Juandre Kruger was deservedly named Man of the Match after he made a number of strong runs and showed great work ethic at the breakdowns.

His performance would be confirmation that he could be the answer to the void left by Victor Matfield.