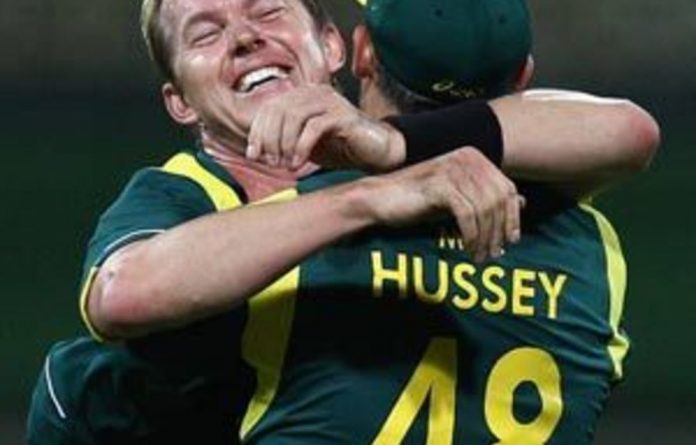 Australia crushed India by 87 runs in the tri one-day series international at the Sydney Cricket Ground on Sunday.

India are in danger of missing out on the finals after being dismissed for 165 off 39.3 overs in reply to Australia’s 252 for nine.

India must beat Sri Lanka by a bonus point in Hobart on Tuesday to have any hope of playing in the best-of-three match final series after their fourth defeat in seven matches in the tournament.

Man-of-the-match David Warner top-scored with 68 off 66 in Australia’s innings, while Matthew Wade (56 off 66) and David Hussey (54 off 64) also scored half-centuries.

India put in another abject batting display and crashed to 104 for six in the 27th over in a match where they always looked to be struggling against the well-drilled Australians.

Tailender Ravi Ashwin top-scored with 26 off 37 balls, while Sachin Tendulkar (14), Virender Sehwag (5) and skipper MS Dhoni (14) were all out cheaply.

Australia are already through to the finals and have one more match to play against Sri Lanka in Melbourne on Friday.