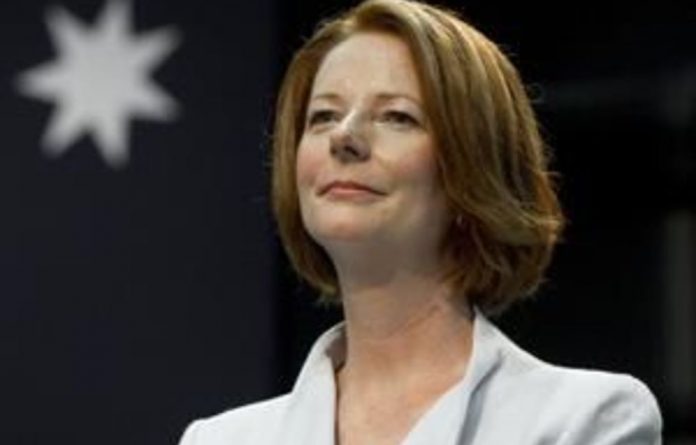 Julia Gillard will remain as Australia’s prime minister after winning the resounding backing of her Labour party colleagues in a leadership ballot against Kevin Rudd.

The party room voted 71 to 31 to retain Gillard as leader of the party and therefore the country. It ends a week of vicious bloodletting by Labour parliamentarians, brought to a head with Kevin Rudd’s resignation as foreign minister to mount a challenge.

Before the vote it was clear that the numbers were hardening against Rudd. He reminded fellow Labour MPs that he was more popular with the public. Opinion polls out on Monday put him ahead of Gillard as preferred prime minister by 53% to 28%.

“Think carefully about the survivability of this government at the next election. Today’s the day that you simply ask yourself: How do we best ensure that Tony Abbott doesn’t become prime minister,” he told Channel 7 before the vote. Labour members on all sides upped their calls for unity following the vote.

The cabinet heavyweight and regional development minister Simon Crean called on the party to push forward and sell its message to the Australian people.

“It’s incumbent on everyone out of this to put the past behind us and build for the future,” he told ABC television. “We can win the next election but we won’t do it if we are disunited and we are clouding our message. “Kevin Rudd has said he will go to the backbench and will not challenge Gillard a second time.

Questions over the Labour leadership have dogged the party since Rudd was removed from office in 2010 in an internal party coup.

The centre-left Labour party scraped through elections later that year to lead a minority government in a hung Parliament.

The party’s support has been flat-lining at around 30% of the primary vote for months, though a poll out on Monday did show a slight improvement.

The conservative opposition has again called for an election. —