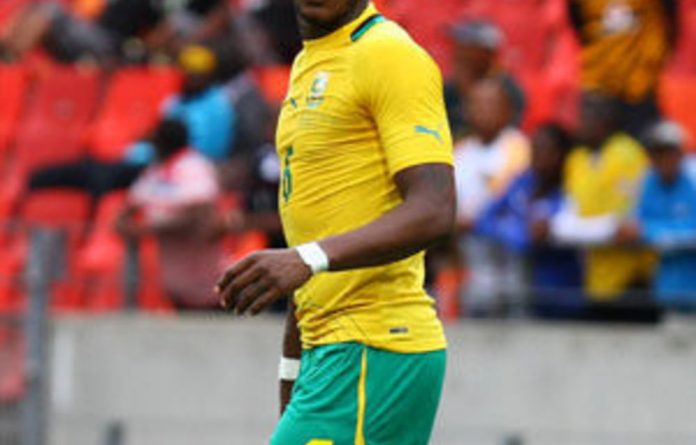 Bafana Bafana defender Morgan Gould says South Africa will not take Senegal lightly in their quest for a much-needed win in their international friendly at Moses Mabhida Stadium on Wednesday night.

The Senegalese, 10 places below Bafana in the world rankings, are an established side, despite their dismal showing in the recent Africa Cup of Nations tournament in Equatorial Guinea and Gabon.

Bafana will aim to get their confidence back with a victory over the Teranga Lions ahead of the 2014 World Cup qualifiers starting in May.

“We are playing a powerhouse [of Africa] but need to get a result out of this,” Gould said on Tuesday.

“They are also a wounded tiger — or should I say lion — that will come out with guns blazing.”

The physically-imposing Senegalese travel with a mostly-European based squad to Durban.

Strong challenge
Gould will line up against English-based striker Demba Cisse and Ibrahima Balde, who plies his trade in Spain.

And while Bafana have had just two training sessions together ahead of the fixture, Gould was confident the hosts would put up a strong challenge.

“I respect each and every player irrespective of whether they play locally or overseas,” Gould said.

“We will be prepared for it. It’s unfortunately a midweek game and have not had much time, but we will be on our toes and take it where we left off in the 1-1 draw with Côte d’Ivoire [in the last home fixture in November] and try to win this one.”

Bafana’s two days together were hampered by the delayed arrival of three overseas-based players in the 23-man squad.

Expected later on Tuesday were the Belgian-based trio of Siboniso Gaxa, Daylon Claasen and Anele Ngcongca, who did not arrive on Monday as initially expected.

With Bafana failing to win any of their last five official internationals, public pressure is mounting on Mosimane to lead the side to victory, and he is expected to stick with his tried and tested combinations.

Fatigue and fitness will be a concern for wingbacks Ngcongca and Masilela respectively, and Siboniso Gaxa and Punch Masenamela could feature as their second-half replacements.

In midfield, the hosts are likely to include captain Steven Pienaar, Kagiso Dikgacoi, Thanduyise Khuboni and Teko Modise, while up front, Katlego Mphela is expected to start with Thulani Serero playing as his shadow striker.

With Dikgacoi and Khuboni playing similar roles in central midfield, the more offensive May Mahlangu may be an option for Mosimane.

He could feature ahead of Khuboni with talisman Pienaar and Modise playing out wide.

Tough competition
Mahlangu, the Swedish league’s Player of the Year, earned his first cap against Equatorial Guinea in January.

While there is hype around Mahlangu, he admitted there was strong competition for places in the middle of the park for Bafana.

“The competition is tough. I have to work hard to win a place in the team,” Mahlangu said.

“It was a great honour to play for my country in the last game … I’m still growing as a player and willing to take it further in the Bafana squad.” — Sapa