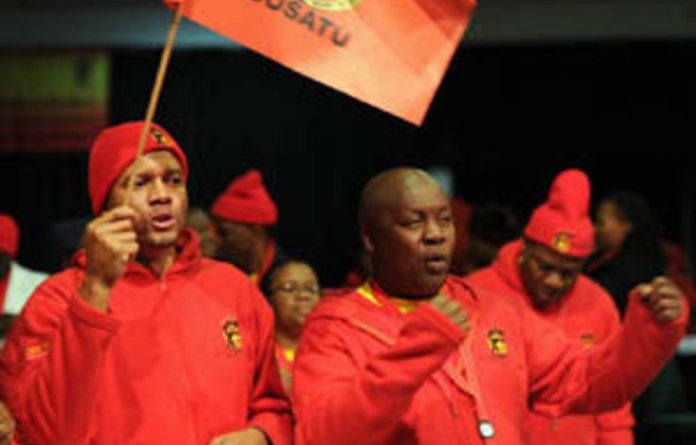 Employers have been advised to make contingency plans in the light of planned protest action by the Congress of South African Trade Unions (Cosatu) on March 7.

Faan Coetzee, a director in the employment practice at Cliffe Dekker Hofmeyr business law firm, says: “A number of employees are expected to heed the call from Cosatu to join in nationwide protest action. Significant disruption may be caused when workers opt to join the protest rather than go to work.”

“The protest action is in support of a ban on labour brokering and the scrapping of the e-toll system in Gauteng. Finance Minister Pravin Gordhan announced in his budget speech … that tolling on the Gauteng freeway improvement project will begin on April 30.”

Coetzee explains that for the protest action to be protected, the National Economic Development and Labour Council (Nedlac) must first consider the subject matter thereof.

According to the Nedlac website, the matter was declared “considered” in a meeting held on January 30 2012.

“The Labour Relations Act defines protest action as the partial or complete refusal to work, or the retardation or obstruction of work, for the purpose of promoting or defending the socio-economic interests of workers … A strike, on the other hand, has the purpose of remedying a grievance or resolving a dispute in respect of a ‘matter of mutual interest’.”

“It is not collective bargaining that is at stake when employees embark on protest action as protest action involves not only the rights of employees and employers, but also the interest of the public at large and, in certain instances, the effect on the national economy,” he says.

Coetzee notes that a call for the outright banning of labour brokering in South Africa is an issue of state policy and general socio-economic concern and not a demand to any specific employer or employer parties, which makes it protest action.

“Any employee may legally participate in protected protest action once the formalities have been complied with at Nedlac. Participating employees may not be disciplined and the principle of no-work, no-pay will apply,” Coetzee adds. — I-Net Bridge