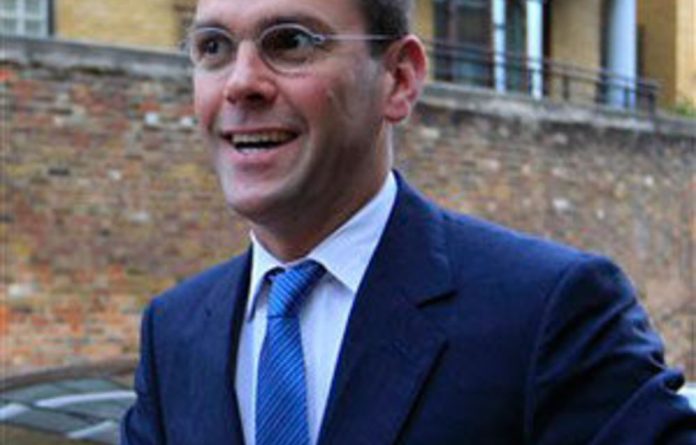 News International has been embroiled in a phone-hacking scandal which has seen the arrests of several former top editors and the abrupt closure last year of the News of the World.

“Now that he has moved to New York, James will continue to assume a variety of essential corporate leadership mandates, with particular focus on important pay-TV businesses and broader international operations,” Rupert Murdoch, James’s father and the chairperson and chief executive of News Corp, said in a statement.

“We are all grateful for James’s leadership at News International and across Europe and Asia, where he has made lasting contributions to the group’s strategy in paid digital content and its efforts to improve and enhance governance programmes,” Rupert Murdoch said.

“He has demonstrated leadership and continues to create great value at Star TV, Sky Deutschland, Sky Italia, and BSkyB.”

James Murdoch said that with the “successful launch of the Sun on Sunday and new business practices in place across all titles, News International is now in a strong position to build on its successes in the future.

“As deputy chief operating officer, I look forward to expanding my commitment to News Corporation’s international television businesses and other key initiatives across the company,” he said.

Tom Mockridge will remain as chief executive of News International and will report to News Corp president and chief operating officer Chase Carey.

News Corp has settled dozens of claims brought by victims of phone-hacking by the News of the World, including a £600 000 deal with singer Charlotte Church agreed on Monday.

A public inquiry into press standards heard from a top police officer on Monday that journalists at the Sun had a “network of corrupted officials” who provided them with stories in return for cash payments.

Deputy assistant commissioner Sue Akers told the inquiry that the tabloid had a “culture” of paying police, the military, health workers, government and prison staff. — AFP