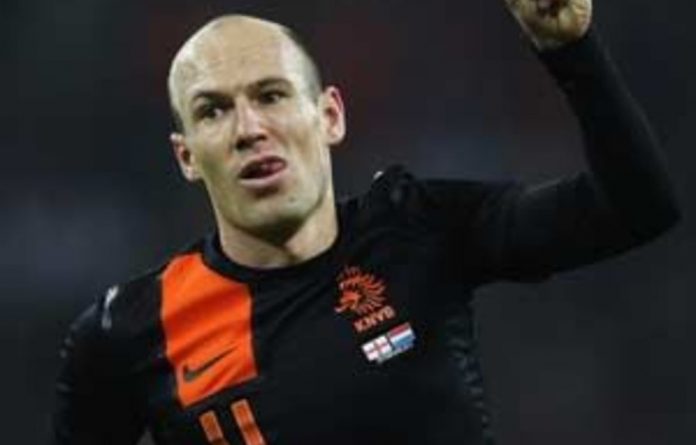 Arjen Robben provided an emphatic response to his critics with a match-winning performance against England on Wednesday.

The Netherlands winger, whose season at German side Bayern Munich has been plagued by poor form and injuries, was the outstanding player at Wembley, scoring twice to help his team to a 3-2 victory over their hosts.

He gave the Dutch the lead with a solo effort after halftime and struck again with a classy curled finish in stoppage time after England fought back from 2-0 down.

It was a welcome tonic for Robben in only his second appearance for his country since helping the Dutch reach the 2010 World Cup final.

“I could say, I don’t care and I read or hear nothing, but you can’t avoid it,” Robben said of the critics in Germany who have included Bayern Munich’s Franz Beckenbauer.

“It is not always a pleasure, especially because in my opinion it is not justified. If I play bad you may criticise me, but in Germany it is personal warfare.”

“Besides the agitation and dirty games that have been played, it is a waste that I didn’t get a chance to maintain my rhythm for three matches,” added Robben, who has been struggling with a succession of injuries.

“It feels great to train and play with the Dutch again,” he said. “It’s been a tough time at the club but then this feels like it should be … The first goal was a good recovery from Nigel [de Jong] and then I stepped on my scooter … It might have something to do with working under a coach who has confidence in you and just tells you to feel free and play your game.”

Robben said he hoped his performance would have registered back in Bavaria.

“They will have watched the Germany versus France game, but I will take a DVD with me,” he said. “But I have to behave decent and just show it on the pitch.”

While the Dutch sloppily allowed England back after surging 2-0 ahead, coach Bert Van Marwijk was happy to post a win after disappointing friendlies against Switzerland and Germany.

“This was important for the whole team that we won here after two poor matches,” he said. “It wasn’t a perfect match but gives us confidence.” — Reuters