Towns destroyed and dozens dead in US tornadoes 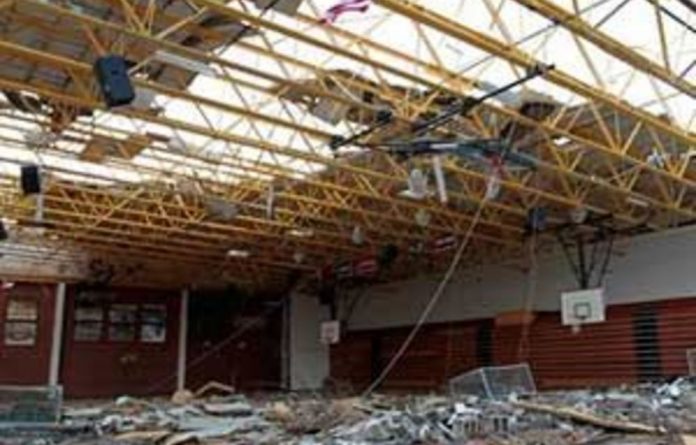 Residents and rescue workers went house to house Saturday in a desperate search for survivors after tornadoes ripped open the US heartland, killing 31 people and wiping out entire communities.

Even as stunned Americans grappled with the magnitude of the massive swath of destruction brought by Friday’s twisters, the National Weather Service (NWS) issued new tornado warnings Saturday for parts of Georgia and Florida, in the country’s southeast.

Trucks and trees were tossed aside like playthings as deadly funnel clouds ravaged parts of six states in the US Midwest and South.

The images were surreal: a school bus smashed through the wall of a house, trucks thrown into lakes, solid brick homes reduced to rubble and wooden ones smashed into kindling, mobile homes flipped like tin cans.

At least 14 people were killed in Indiana, according to Governor Mitch Daniels, who stood amid the devastation in the town of Henryville early Saturday.

“We’re not unfamiliar with Mother Nature’s wrath out here in Indiana, but this is about as serious as I’ve seen it in my years in this job,” an emotional Daniels, wearing a camouflage jacket, told reporters.

“Lucky it wasn’t worse,” he said, adding that while early warning systems likely saved lives, it was a “heart-breaking” loss for families, and Indianans would come together to help neighbours cope.

Town wiped out
Officials in Clark County, Indiana were scrambling to deal with widespread damage after roads were blocked by fallen trees and debris, and power and phone lines were knocked out.

The hardest hit was Marysville, and for all practical purposes the small town has ceased to exist, officials said.

“That’s the information we have, that Marysville is no longer,” US Senator Dan Coats of Indiana said in an interview with CNN.

The high school in Henryville suffered “quite a bit of damage,” but luckily all the children were evacuated safely and only minor injuries — some cuts and scrapes — were reported, said sheriff department spokesperson Chuck Adams.

Meanwhile in Kentucky, the department of public health confirmed 14 fatalities there, with a total of 13 tornadoes roaring across the state.

Twisters smashed homes like matchsticks in and around the city of West Liberty, and 40 counties in the state suffered damage. Some 22 000 people were without power in the state.

Wide spread winds
Amateur video, aired on CNN, showed a gargantuan grey twister churning over West Liberty, as a woman loudly prayed “Oh God, take it away from us Lord!”

There were three deaths in the neighbouring state of Ohio, including a city councilwoman from the town of Moscow, an emergency management agency official said.

A second round of searches for survivors began at daybreak in the southwest of the state, where communities reported widespread devastation, the official said.

Alabama’s Madison county was also badly hit, with the weather service reporting “people trapped in rubble with injuries,” houses destroyed, trees ripped from the ground and power lines down.

The latest wave of storms comes after a string of twisters killed 13 people earlier in the week.

The NWS had received 83 reports of tornadoes in eight states by Friday evening, bringing the week’s total to 133, though not all were confirmed.

More could be on their way as a “particularly dangerous” tornado watch continued into Saturday in four states in a massive storm that also carried golf-ball sized hail.

Ingredients for disaster
The latest outbreak of tornadoes comes as people were still picking through rubble left behind by the twisters which struck six states Tuesday and Wednesday.

The town of Harrisburg, Illinois was hardest hit Wednesday, ripped apart by a deadly twister that stayed on the ground for miles, killing six people and injuring more than 100.

Some 545 people were killed by tornadoes in 2011, the deadliest tornado season since 1936 and the third worst on record.

This year tornadoes have come a bit early with the mild winter creating the right conditions for cold fronts to slam into warmer air.

“We knew it was going to be bad,” said Angie Lese, a meteorologist with NWS. “All the ingredients came together for a significant outbreak.” — Sapa-AFP