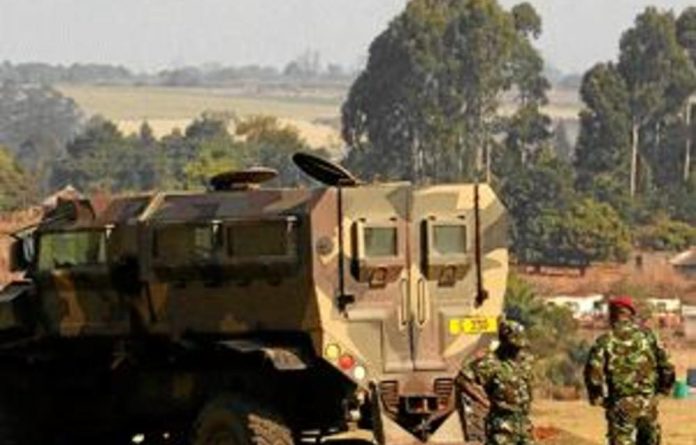 Questions are being asked about Swaziland’s spending priorities following the publication of the national budget, which sees increased allocations for the royal family and the military instead of focusing on the health and social sectors.

The country has the highest HIV rate in the world and two-thirds of its people live in poverty, many as subsistence farmers in rural areas without water or electricity. Critics say more should be spent on improving basic living conditions instead of funding large-scale infrastructure and subsidising the royal family.

On top of the R210-million allocated to King Mswati III and his family (the same as last year, but up from R154-million in 2010), a further R250-million is being provided for various royal projects, including the refurbishment of state houses, the maintenance of roads to palaces and royal security training.

The king’s office, which manages the royal trust fund and business arm Tibiyo — which is not taxed and does not use its profits for ordinary Swazis — will receive R5-million, up from the R70 000 it was given last year.

Military gets more money
Money for the defence ministry, meanwhile, has been increased by nearly 15% to R713-million and more than R310-million has been set aside for the building of Swaziland’s new airport and link roads — a project labelled by many as a white elephant in the making, seeing as Swaziland has no airline of its own.

There is also a R1-billion allocation for “central transfers”, which will “provide for non-statutory transfer payments in [the] discharge of commitments that do not fall within the ambit of any other sector”.

Health spending stands at R1.1-billion, up slightly on last year’s R1-billion — but still not enough, say health professionals, to meet demand in a country that has already been bailed out by donors to ensure it can provide sufficient antiretroviral medication.

Pension and disaster funding slashed
Grants for orphaned and vulnerable children have been increased by R10-million, but money for the elderly has been slashed by R20-million and the National Disaster Management Agency has seen its funding halved.

Dumisani Sithole, an independent Swazi economist, said the budget did not reflect his country’s realities.

“You can see the army has been given a larger budget this year, but for me Swaziland is not at war and will never be at war,” he said, adding that there were many unanswered questions about how much money was being spent on the royal family, “because it’s not clearly articulated in the budget papers.”

Swaziland has been struggling financially for the past 18 months following a drop in revenues from the Southern African Customs Union (Sacu) — its main source of income. This has had a negative effect on the public service and threatened the payment of salaries.

However, thanks to a projected increase in regional imports, Swaziland is on course to receive a bumper Sacu payout this year of R7-billion (up from R2.6-billion last year). The government is also expecting much higher tax income, thanks to better enforcement and the introduction of sales tax from next month.

Optimism or delusion?
Despite International Monetary Fund warnings that the country’s fiscal situation is unsustainable and that its debt-to-GDP ratio could reach more than 80% by 2016, Finance Minister Majozi Sithole is so confident about the country’s recovery in 2012 that he has even forecast a surplus of R200-million.

But Muzi Masuku, country director in Swaziland for the Open Society Initiative for Southern Africa, is sceptical. He said: “There is a feeling that this budget has just been drawn up to give people confidence and prove everything is OK.

“We find it hard to believe there will be a surplus of R200million when we are still feeling the effects of last year’s problems. We borrowed so much money last year that even if we get this big windfall from Sacu, a lot of that has to go to service our debts.”