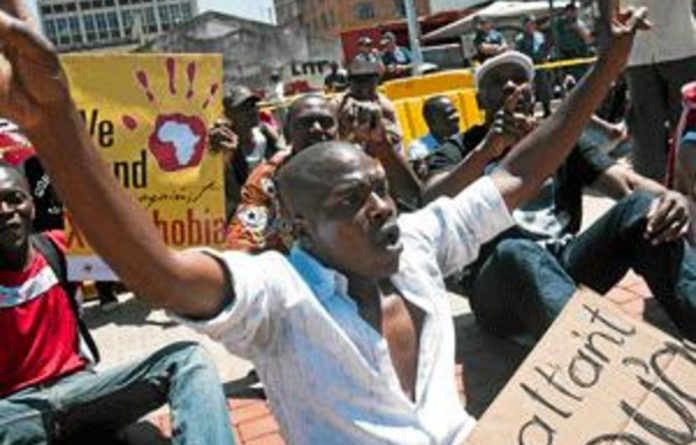 “When we landed, the soldiers met us at the airport with shotguns and they put us straight into prison,” said Didier Kabange*.

One of 52 Congolese deported from the Lindela repatriation centre outside Krugersdorp in mid-February, Kabange then spent two weeks in Kasapa prison in Lubumbashi in the southeast of the Democratic Republic of Congo (DRC) before he was released, with 46 other members of his group, last week.

Kabange, speaking by phone this week from the DRC, said that the deportees were deprived of food and water, threatened, beaten and interrogated about their political affiliations. He also expressed concern for the safety of the five still detained in Kasapa.

“They asked us why we left the Congo and what we were doing in South Africa. They asked whether we were protesting against [President Joseph] Kabila and whether we supported [Union for Democracy and Social Progress leader Étienne] Tshisekedi. We say we don’t know anything about the government, about the president — we don’t know nothing. All we know is that our [asylum seeker] papers expired so we were sent back.”

Deportation could be fatal
There is growing concern among the Congolese in Cape Town and Johannesburg that deportation to the DRC by the department of home affairs is leading to physical abuse, victimisation and possibly death. Activists claim the “indiscriminate” and “harsh” response of the Kabila government is a reaction to protests that followed the DRC’s presidential elections in November last year, which are widely alleged to have been won fraudulently by Kabila.

One of the activists, Augey Kitoko, said: “The regime has seen our protests in South Africa [including one at the ANC headquarters in Johannesburg and another at the Congolese embassy in Pretoria] and they are embarrassed. So when our people are deported, the security forces come down heavily on them.”

The World Organisation Against Torture’s 2007 annual report, which was released in mid-2008, stated that “the Congolese authorities are extremely sensitive to activities that could adversely affect their credibility and image abroad, and denunciation of human rights violations is carried out in an environment that is exceedingly dangerous for defenders”.

The “Unsafe Return” report by the United Kingdom-based charity, Justice First, which tracked the return of 17 failed asylum seekers, two of whom disappeared after touching down in Kinshasa, from the UK to the DRC between 2007 and last year, suggests little has changed. The deportees interviewed reported being raped, tortured, beaten and separated from their children, and claimed that officials extorted money from them to ensure their safety.

Rape, torture prevalent among returnees
According to the report, of the 15 adult returnees, one was “handcuffed, blindfolded and severely beaten”, six were “severely beaten”, two were tortured with electric shocks, two of the 10 men were sexually abused and two of the five women were raped.

The report states that asylum seekers in the UK are considered to be the “main opponents” of the Kabila regime, much like those who have been protesting against the election results in countries such as South Africa, Belgium and Canada.

The report also contains a chilling interview with a Congolese immigration officer who acknowledges that returnees’ files are studied “to establish whether the returnee has a problem with the Congolese state”, in which case the security services are contacted.

The immigration officer says returnees are interrogated on arrival and, if “political problems” with the regime are confirmed, they are sent to Kinshasa’s Kin Mazière prison or to a notorious detention centre, called “Tolerance Zero”.

The official described the procedure: “In such a case [of detention], the returnee can have no excuse, there will be no pity shown. People are caught and can be killed in Tolerance Zero.

Punishment does not take place at the airport but in secret entre coulisses [behind the scenes] — Those who have a problem with the state will be severely ill treated and duly punished. He or she will run the risk of eliminé [being killed]. Detainees do not have access to a lawyer. Any communication with the outside is very difficult.”

SA not taking responsibility
South Africa is washing its hands of any responsibility for what is happening. Modiri Matthews, chief director of the immigration inspectorate of home affairs, said his department’s main obligation was to “deport people here illegally” after “a thorough credibility test” to ascertain whether their claims for political asylum were valid.

He said South Africa had no way of monitoring the safety of people deported to the DRC. “It is up to the respective governments to monitor the safety of those that we deport — The DRC is a sovereign country so we cannot meddle in their affairs.”

Matthews said the South African government was not reviewing its position in the light of the concerns about the safety of those being deported to the DRC.

The British government has taken a similar stance.

This indifference of foreign governments to human rights abuses taking place in the DRC is leaving deportees at the mercy of the Kabila regime. Also, because their refugee status has been denied, they do not fall under the mandate of the United Nations High Commissioner for Refugees.

Hard for human rights groups to do their work
It is hard for human rights groups to operate in the DRC, even though it has ratified the Optional Protocol to the UN Convention Against Torture that allows UN observers access to places of detention. According to Amnesty International’s 2011 annual report, during the UN’s universal periodic review, in March last year the Kabila government refused observers access to detention centres, including that of the National Intelligence Agency.

DRC information minister Lambert Mende told the Mail & Guardian that allegations of human rights abuses made by returnees to the country were “just a lie”. He said that refugees and asylum seekers were “not good sources for information about the truth” about the political situation in the country as they needed to paint a bad picture of the DRC to ensure they were allowed into countries like South Africa and the UK.**

The rows of buildings at the Lindela detention and repatriation centre resemble cages for battery chickens. Inside, a slightly built 40-year-old Congolese, Francis Ongoly,* is waiting to be deported. Fear is in his eyes.

“I’ve heard that the others [deported in February] have been in Kasapa and I don’t want to go there. But I am also scared about going home. Where I live [Uvira in the Sud-Kivu province], the militia are always looking for young men like me to fight. If you refuse, you die. I don’t want to fight or die,” he said.

Ongoly said conditions at Lindela were terrible and illnesses were “only treated with Panado. Whatever illness you have, there is only one medicine — Panado.”

“When we tried to find out how he died things escalated. The guards came in with rubber bullets, tear gas and batons and they beat us. All we wanted to know is what happened to our brother,” said Didier Fuamba who was detained at Lindela for more than two months and only released in February after legal intervention.

Those in Lindela have written to Human Rights Watch. They claim they are being victimised by the South African government, which they say is in cahoots with the Kabila government, in an attempt to stem anti-Kabila protest in South Africa.

They also call for an immediate end to deportations, or a possible relocation to another country.

Among Congolese nationals living in South Africa, the fear of victimisation is growing — they claim that both the police and the home affairs department are intent on arresting and deporting them. More than 10 Congolese nationals, either in Lindela or recently released, said that, while trying to renew their temporary papers, they were arrested and sent to Lindela. Some in Lindela claimed that they were arrested at the border without being afforded an opportunity to apply for refugee status.

But Matthews said that no specific nationality was being targeted and denied that anyone, including Congolese nationals, would be detained at Lindela without being given the opportunity to apply for refugee status. He said that only “authentic illegal immigrants” were deported, after a “detailed examination and appeal process”.

“The only detention that can take place is if people have failed in the system,” he said.

But the Congolese said the system was failing them. Blaise Lolele, who spent more than three months in Lindela before being released after a court application by his lawyer, said: “I have been renewing my temporary papers since 2006 and, after I was arrested, I was shown my files by a lawyer in Lindela. It showed that my refugee status application had been rejected in 2007. But I was never notified that my application failed; it never came up on the system whenever I renewed my papers. How is this possible?”

* Not their real names
** Translation by Lionel Faull