SA leaps ahead of Australia in SKA race 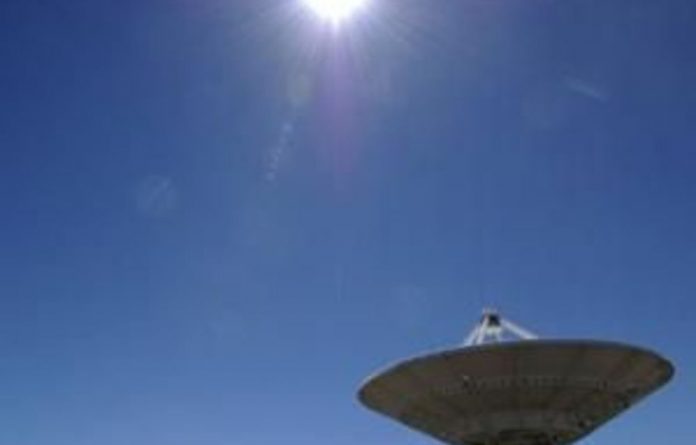 The Sydney Morning Herald reported that an independent expert panel, the SKA Advisory Committee, was backing South Africa rather than Australia to host the world’s largest radio telescope.

Australia and South Africa are bidding for the $2-billion Square Kilometre Array (SKA) project, with the winner to be decided later this year.

Australian officials were however unavailable on Saturday, and could not comment on the press report that South Africa is the favourite.

The newspaper said the panel had dealt Australia’s chances “a crippling blow” but that a final decision rested with a vote next month among China, Italy, Britain and the Netherlands.

Calling ET
Twenty countries are expected to put up money for the SKA, an instrument powerful enough to answer some of the most fundamental questions about the evolution of the universe, including the formation of the first stars and galaxies.

The telescope will also be used to search for extra-terrestrial life. Construction of the project is expected to begin in 2016 and be finished by 2024.

The Australian bid promises an area free from other radio interference — and almost free of people — nearly the size of Britain.

There would be 3 000 super-sensitive radio dishes arrayed starfish-fashion over 5 500 kilometres, half of them on a 5-square-kilometre patch of desert at Murchison, 600 kilometres north of Perth, and the rest stretching across the continent and over to New Zealand.

If South Africa gets the nod, the SKA core station would be in the Karoo desert, with remote stations in Namibia, Botswana, Ghana, Kenya, Madagascar, Mauritius, Mozambique and Zambia. — Sapa