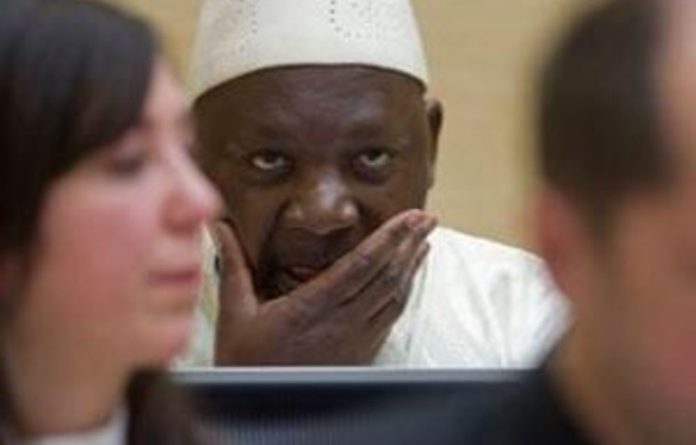 The Hague international war crimes court found Congolese warlord Thomas Lubanga Dyilo guilty in its first ruling on Wednesday after a decade of work limited largely to Africa, while major cases in the Middle East and Asia remain beyond its reach.

Governments and rights groups have levelled war crime accusations against Syrian President Bashar al-Assad over his military crackdown. But the International Criminal Court (ICC) is unable to act because Syria is not a signatory and the United Nations Security Council would be unable to agree on a referral.

Lubanga was found guilty of recruiting and deploying child soldiers during a five-year conflict until 2003. An estimated 60 000 people were killed.

“The chamber concludes that the prosecution has proved beyond reasonable doubt that Mr Thomas Lubanga Dyilo is guilty of conscripting and enlisting children under the age of 15 years,” the ICC’s presiding judge, Adrian Fulford said.

Thomas Lubanga “was essential to a common plan to conscript and enlist girls and boys below the age of 15”, Fulford said.

Lubanga (51) was detained six years ago and faced three counts of war crimes. He could face up to life imprisonment, although a sentence will not be passed immediately. An appeal can be filed within 30 days.

Lubanga, who was wearing a white traditional African robe and cap, sat quietly in the courtroom while the ruling was read out. He had denied all the charges.

A conviction could help lend momentum to other prominent cases, such as that against former Côte d’Ivoire president Laurent Gbagbo. Gbagbo is charged with individual responsibility on counts of crimes against humanity — murder, rape and other forms of sexual violence and persecution. — Reuters