A sick system abuses its refugees 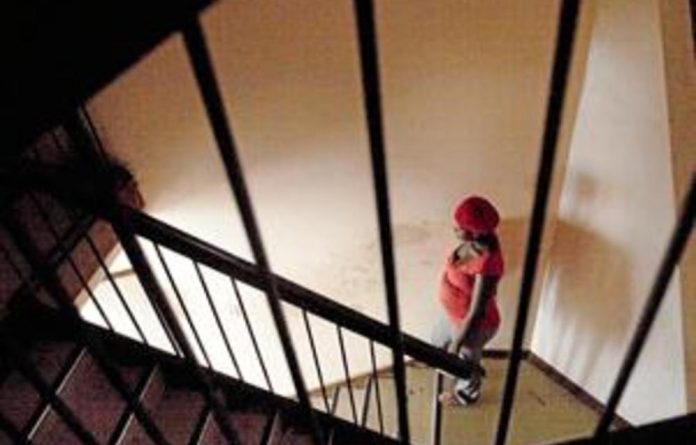 South Africa’s tourism website describes the country as the “land of good times and friendly people”. Sadly, Araya Y, a pregnant Somali refugee living in Port Elizabeth, did not experience this side of the country. Instead, when she went to a government district hospital in July 2010 to give birth, she was abused by medical staff and denied care.

“The nurse spoke to me disrespectfully,” Araya said. “She called me ‘kwerekwere‘ [a slur meaning foreigner].” Araya waited for more than four hours, alone and in pain, but no one examined her or helped her. Fearing that she might die, she left and sought help from a private hospital where she had to pay for care that she could ill afford.

South Africa is regarded as Africa’s land of opportunity. Since the end of apartheid and the election of a democratic government the country has been a sought-after destination for migrants and refugees from across the continent and beyond, who are seeking better economic prospects, or fleeing oppression, war and conflict in countries such as Araya’s.

But in recent years South Africa’s friendliness has been heavily tested by large numbers of refugees, asylum seekers and undocumented migrants, mainly from neighbouring Zimbabwe, entering the country.

Terrible living conditions for migrants in SA
Sadly, the situation for migrants in South Africa is often precarious and sometimes dangerous. Refugees, asylum seekers and undocumented migrants face hostility and violence from local communities and discrimination by government institutions. Human Rights Watch’s research shows that they face discrimination in public health facilities and abuse from healthcare providers just because they are foreigners. The South African government, instead of addressing these problems, has taken policy steps that risk worsening the human rights abuses that asylum seekers and migrants already face.

The government, for example, amended the Refugees Act to reduce the time — from 14 to 5 days — that asylum seekers have to report to a refugee reception office after entering South Africa. In line with plans to move all refugee registration to far-flung border towns near Mozambique and Zimbabwe, it has also shut down two offices, in Johannesburg and Port Elizabeth, although the courts recently ordered the government to reconsider its closure of the Johannesburg office and to reopen the one in Port Elizabeth. The government is also considering withdrawing the work and study rights of asylum seekers, leaving them far more vulnerable to destitution than before.

Araya’s experience is not unique to migrants in South Africa, unfortunately. Many South Africans who rely on the public health system are routinely verbally and physically abused, neglected or denied care by health workers, and their lives are endangered by other systemic failures in healthcare delivery.

South Africa’s obligation to provide healthcare to non-citizens within its borders presents a serious challenge in terms of resources, administration and service delivery, especially for a health system that struggles to meet the needs of its own citizens. But the health needs of migrants and citizens are intertwined. The consequences for South Africa of failing to treat migrants adequately, both in terms of its legal commitments and the public health and cohesiveness of a multi ethnic South African society strained by xenophobia, cannot be ignored.

SA must provide healthcare to everyone in the country
South Africa’s constitutional and international human rights obligations require it to provide access to healthcare for everyone within its borders, including refugees, asylum seekers and undocumented migrants. Communicable diseases such as tuberculosis put whole populations at risk and South African citizens become more vulnerable when diseases are not properly detected and treated among their foreign-born neighbours. When care is denied or delayed, for example to pregnant women or those in labour, they can develop complications that are costlier to treat. Also, short- and long-term disability causes migrants who would otherwise be independent and productive to become economically dependent on South African resources.

The government’s efforts to reform the health sector offer an excellent opportunity to address some of the gaps in healthcare for migrants. A good place to start is the national health insurance policy paper. The government should ensure that the document clearly spells out the healthcare entitlement for refugees, asylum seekers and undocumented migrants, insisting that the protections provided to these groups adhere to the South African Constitution and international human rights law.

The draft policy paper, which was closed for public comment in December, lacks these provisions. If it goes into effect as is, it risks making refugees and asylum seekers more vulnerable to illness and disease, derailing the achievement of universal health coverage and impeding the government’s vision of a “long and healthy life for all South Africans”.

Araya was able to reach another hospital where she delivered safely. Not everyone who is refused healthcare at institutions in South Africa is as lucky as Araya, though. As the country works to improve its healthcare system, it should make sure that migrants, asylum seekers and undocumented migrants are included.

Only an inclusive system can ensure the health and survival of all those living in South Africa.