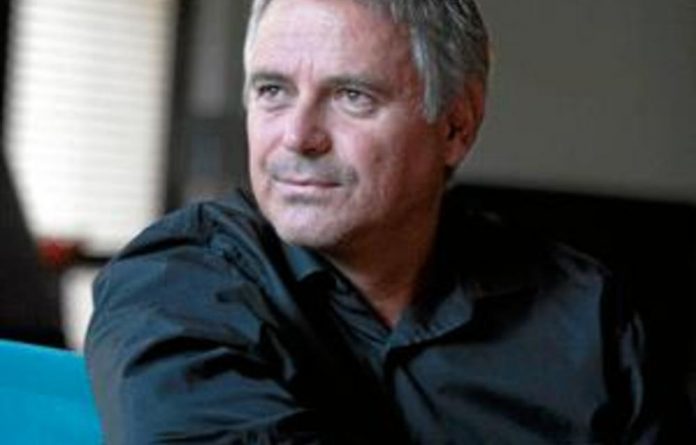 Michael Tellinger had promised his followers ‘a true David-versus-Goliath case” that could shake the very foundations of the banking system. And as he laid out his case — that banks are manipulative, dishonest, law-breaking profiteers sucking the life out of honest people — that’s exactly what many of his two dozen or so supporters packing the benches of court 2B in the South Gauteng High Court in Johannesburg on Tuesday thought they were witnessing. Right until the little guy was, metaphorically, beaten senseless by Goliath, then kicked in the face by the court.

It took Judge Jackson Mabesele only minutes to deliver his judgment, dismissing with costs Tellinger’s attempt to force Standard Bank into a protracted trial, and noting that his conduct ‘amounts to abuse of court”. This leaves Tellinger not only with a substantial legal bill to pay, plus the possibility of being sued for defamation if he continues his crusade, but also raises the prospect of him being declared a vexatious litigant and barred from the courts.

There the matter might have ended, if this were just another case of an unpaid home loan and an ordinary banking client. But this is Tellinger — ‘scientist, explorer and internationally renowned author”, as he is billed by a United States conference on the paranormal he is due to headline later this year — and he believes he is an agent in a just war against an evil system.

‘We’re looking at the Constitutional Court and we have some plans to make sure they can’t foreclose on the property,” Tellinger said after the hearing. ‘We’re not going to give up right now. I may have to be the sacrificial lamb in the search for greater justice, but I think we’re being guided to do this work. I believe it comes from a higher source, as strange as that may sound.”

Simple matter for Standard Bank
For Standard Bank (and, so far, the courts), the matter is a simple one. In 2007 the bank gave Tellinger a loan of R828 015 to buy into a new property development in Midrand as an investment. For the first couple of years he made his payments, then he suddenly stopped. Attempts to retrieve the overdue payments from him failed and the bank obtained a summary judgment to seize the property, which will be sold to recover the money.

Between organising conferences about UFOs, writing hugely successful books explaining how humanity was created as slaves by aliens and researching the perpetual energy devices constructed by the highly advanced civilisation he believes used to inhabit Southern Africa, Tellinger found the time to educate himself about the fractional reserve banking system and the securitisation of debt. What he discovered shocked and horrified him.

Banks create money out of thin air, Tellinger contends, and intentionally deceive borrowers about their methods and intentions. The details are torturously complex, but the implications are clear — to him, at least.

‘These actions are no more than a breeding colony for an infestation designed on profiteering and engineered to push social-economical platforms to higher peaks of misery among South Africans, wherein the very borrower ends up paying the ultimate price: deprivation of their right to own property,” he told the court on Tuesday.

Tellinger wants to imitate the banks
Which, in part, is why he sent Standard Bank a piece of paper he holds to be a negotiable instrument, in full and final payment of the loan. If a bank can create money by shuffling paper, he reasons, then he can do the same thing under the same rules.

By that logic not only does he no longer owe Standard Bank any money for the property he is now letting out, but by hanging on to that document with his signature the bank actually owes him something in the region of R900 000.

To say Standard Bank is unamused by this argument would be an understatement.

‘What does he take us for?” fumed the bank’s senior counsel, Shem Symon, a man colleagues say is not in the habit of losing his cool in court. ‘It is not he who has been violated; it is us — We are the innocent party here, having given him money in good faith and having received nothing but contempt and insults.”

Symon and the lawyers representing Standard Bank are not even tempted to give Tellinger credit for sheer chutzpah. They believe him to be an opportunistic deadbeat, using a ‘fanciful generalised attack on the banking system” to delay paying what he owes.

They also consider his arguments to be ‘a loose cluster of legal principles that are either wrong, quoted out of context or completely irrelevant”.

There is one area of agreement between Tellinger and the bank in the latter’s accusation that he is using the court for grandstanding. Tellinger does not like the word much, but he is very eager indeed to bring the matter to some kind of trial. He believes the cross-examination of bankers would reveal the ugly truth in no time.

‘I’m standing up for my rights and trying to share them with the rest of the world so they can stand up too,” he said. ‘The wool is being pulled over South Africans’ eyes; they are being used as little slaves, extorted by the banks. That is what we have to stop.”