Politics of paranoia: How JZ is winning the spy battle 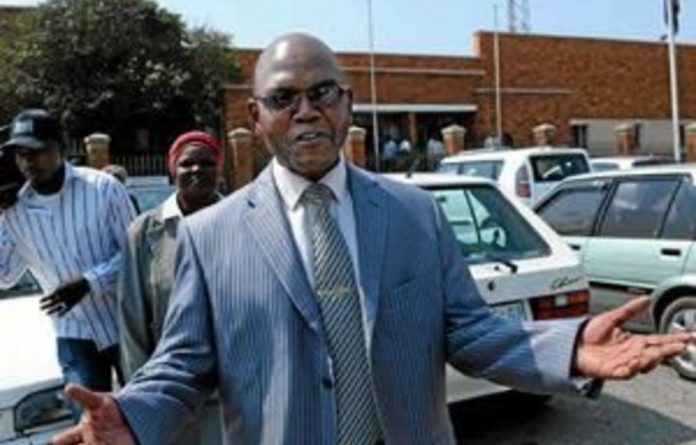 Control of the intelligence services is emerging as a crucial and destructive battleground in the run-up to the ANC’s national conference at Mangaung, according to a range of senior security sources.

The process appears to be a rerun of the pre-Polokwane period, which was characterised by factional abuse of the security services and at its height resulted in the crime intelligence division intercepting conversations between then-Scorpions boss Leonard McCarthy and supporters of president Thabo Mbeki, including former prosecutions boss Bulelani Ngcuka and Mbeki himself.

The sources, who spoke to the Mail & Guardian on condition of anonymity because of the sensitivity of the issues, placed the current political battle to secure the survival of suspended crime intelligence boss Richard Mdluli at the apex of their concerns.

Said one veteran senior manager: “I believe that it’s about the run-up to Mangaung — it’s about who is going to control the [communications] interception capacity of the state.”

The sources also referenced the recent departure of the country’s top three spy officials as symptomatic of the problem.

State Security Agency director general Jeff Maqetuka and his deputy for domestic intelligence, Lizo Njenje, quit last year amid allegations that the agency was in “crisis” and state security minister Siyabonga Cwele had pushed Njenje to spy on Cabinet colleagues.

In several developments flowing from the politicisation of the security services the M&G can reveal that:

Probe in the balance

According to a senior source, the instruction to Dramat to “suspend” the crime intelligence probe came from acting police commissioner Major General Nhlanhla Sibusiso Mkhwanazi, who was appointed by President Jacob Zuma in the wake of his suspension of Bheki Cele.

It appears that Mkhwanazi was taking his cue from Police Minister Nathi Mthethwa, who has attempted to shift the inquiry into the financial abuses of the police’s covert fund to the inspector general of intelligence, advocate Faith Radebe.

The Citizen reported earlier this month that more than a dozen investigation dockets relating to crime intelligence funds had been transferred to the inspector general of intelligence on Mthethwa’s instructions.

The minister’s spokesperson was quoted as saying Mthethwa was within his rights to involve Radebe, saying the inspector general herself had raised some of the issues and Mthethwa had asked her to follow them up.

But critics have charged that Radebe was simply being used to sideline the Hawks’ investigation.

Mthethwa is regarded as a key Cabinet ally of Zuma and it may be that a secret probe by Radebe would more readily contain any fallout from the Mdluli matter than a criminal investigation by the Hawks.

Allegations being probed include claims that vehicles were illegally purchased for relatives and payments were authorised to family and friends posing as sources or agents.

Said one senior source: “The rumours have been that there were significant political beneficiaries to the secret service account. There appears to have been a policy to corrupt the politicians as they come through.

Now the Hawks have been told to stop the investigation and use the inspector general — There is huge tension — Dramat is on the edge of being fired for taking a stand on a number of issues, including the CIS investigation. His view is that it is so rotten it has to be abolished.”

The Hawks investigation was part of a probe that led to fraud charges being laid against Mdluli in relation to allegations that he received discounts in return for official vehicle purchases.

The charges, which Mdluli claimed were part of a political conspiracy against him, were controversially withdrawn in mid-December.

The decision has been partly blamed for tension between specialist commercial crime prosecutor Glynnis Breytenbach — who was in charge of the case against Mdluli — and her superiors, who ordered the prosecution to be halted.

Said one senior police source: “Office talk is that Mdluli wants to come back. Politicians are protecting Mdluli —”

Dramat has expressed anger to colleagues over the withdrawal of the charges, the M&G was told, citing what he saw as political interference to protect Mdluli.

Mdluli is still facing internal disciplinary proceedings, but even those appear to be in the balance.

According to one well-placed source, a key ally of Mdluli has been lobbying both the president’s office and senior police officers on Mdluli’s behalf and against the man to whom he reported, General Lebeya.

Said one source: “Lebeya is a career cop and he doesn’t want Mdluli back, on principle. Also, Lebeya would have been part of all the disciplinary processes when charges were investigated against Mdluli, so that could add to the reasons why Mdluli is targeting him.”

The police have been tight lipped about the disciplinary charges against Mdluli, but they are said to include the way in which he allegedly declassified the so-called Mdluli dossier when he distributed it.

The dossier, which was apparently sent to Zuma and also leaked to the media, was key to Mdluli’s fight-back campaign after he became aware of a decade-old murder investigation involving him that had been revived soon after Cele took over as national police commissioner.

The dossier contained top secret allegations that Cele was part of a political conspiracy by Zuma’s political rivals and was purportedly declassified by Mdluli himself, prior to its distribution. However, it is understood that Mdluli may claim that his signature was forged.

Said one source: “The suspicion is [that] they will use this as a basis for withdrawing the disciplinary charges against him.”

Cele’s fortunes could not be more different. He has been suspended and is facing a judicial board of inquiry into his involvement in the alleged improper leasing of new police headquarters.

Asked to comment, police spokesperson Brigadier Lindela Mashigo said: “Unfortunately, the merits of the cases … cannot be discussed in public platforms because that affects the constitutional rights of individuals concerned.”

A senior police officer said that the Mdluli dossier appeared to have been successful in feeding Zuma’s sense of distrust: “It has created fertile ground for Mdluli to exploit the political conditions and try to get back into the police.”

That may be working. A senior official close to Zuma told the M&G that the president viewed Mdluli as the “top cop” in the country. Said one seasoned intelligence official: “They have done to Zuma what the same Iagos did to Mbeki — they have fuelled the politics of paranoia.”

Another put it more bluntly: “It seems Mdluli has several people by the balls.”

MPs can’t seem to stop the house from degenerating into screaming matches, even during virtual sittings, as exhibited when the deputy president answered questions in the NCOP on Wednesday.
Read more
Sport

On Tuesday, Free State farmers set a police van on fire and stormed the Senekal magistrate’s court to get to the...
Read more
Opinion