Struggle for Zimplats not over yet 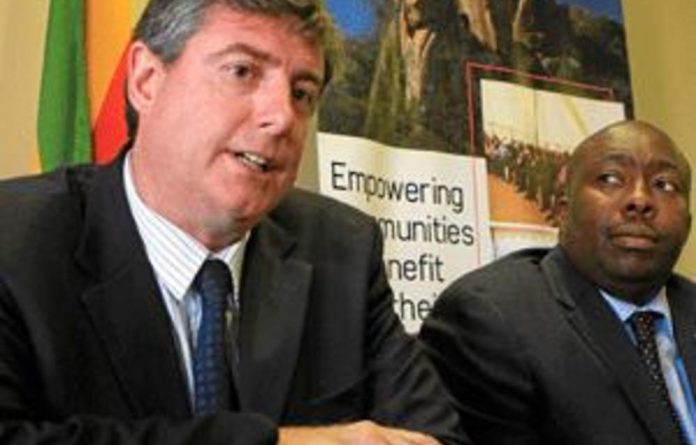 A fresh impasse is looming between the Zimbabwean government and Impala Platinum over payment for a 31% stake in the powerhouse platinum producer’s local unit, Zimplats.

Earlier this week, Implats — the majority shareholder in the Australian Securities Exchange-listed Zimplats — submitted a new plan for the indigenisation of the company following the rejection of earlier plans, which culminated in the extension of the compliance deadline to Tuesday this week.

At face value, this brought to an end weeks of intense and bitter exchanges of words between Kasukuwere and Brown. But a closer look at developments on the issue and information from knowledgeable sources, as well as details from Zimplats and the government, shows that there could be fresh disagreements between Implats and the Zimbabwe government in the future.

The Mail & Guardian has learned that, in their meeting in Harare on Tuesday, Kasukuwere and Implats, represented by Brown and Zimplats chief executive Alex Mhembere, could not agree on the payment terms for the 31% Zimplats shareholding ceded by the company to the National Indigenisation and Economic Empowerment Board.

Brown said that despite the Zimbabwe government accepting the new compliance plan submitted by Zimplats, “there are details that need to be worked on” and these “will be worked through” over the next few months.

Reliable sources privy to the deal negotiated by Brown and Kasukuwere have said the two parties are far from putting an end to their impasse over the indigenisation of Zimplats.

“The implementation will be at appropriate value and the details for the transfer of the 51% shareholding in Zimplats will be addressed by a joint technical team comprising Implats, the ministry responsible for indigenisation and the National Indigenisation and Economic Empowerment Board,” Implats said in a statement following the announcement of the deal.

Under the new plan consented to by the government, the 51% shareholding Implats has agreed to cede will be broken down as follows: 10% will be given to the community in the Ngezi area where Zimplats mainly operates under a community share ownership scheme, 10% will be given to Zimplats employees and the remaining 31% will be transferred to the state-run National Indigenisation and Economic Empowerment Fund.

Apparently, Implats will have to fund the shares being ceded under the first two categories and the government will have to pay for the 31% shareholding ceded to the board.

“This is not a done deal yet,” a source told the M&G. “There were disagreements over how the 31% shareholding would be paid for and discussions and negotiations on this have been deferred to a later date. But as of now, yes — in principle, Implats has agreed to cede 31% to the board, but there is no agreement as to how and if this will properly be paid for by the government.”

This comes as the board has disclosed that it is cash-strapped and cannot afford to pay for shareholdings that are ceded by foreign-owned companies.

Earlier in the week, board chairperson David Chapfika was quoted in local media as saying it urgently needed $6million to help to finance the purchase of shares offloaded by foreign companies under the controversial empowerment laws.

“We have been lobbying the finance ministry to give us the money to meet our requirements,” Chapfika reportedly said.

Economists told the M&G that it was “no secret that the government is broke”.

One of them, Jeffrey Kasirori, said: “It is going to be interesting to see how the government will handle the shares that have now been disposed of by Caledonia Mining Corporation and now Zimplats. It is worrying when the government is insisting on this policy when it knows it does not have sufficient money [to pay for it].”

A knowledgeable corporate executive said after the announcement of the deal: “The real issue is about the finer details of the new plan and this is likely to be the bone of contention for the two parties in the future. Certainly, this issue is far from over.”

Kasukuwere, who has previously accused Brown of delaying tactics over Zimplats’s compliance with the empowerment law, agreed that there was a need for the two parties to work out the finer details of Zimplats’s compliance plan, although he appeared to be in no hurry to do so. “There’s no deadline on when the finer details of the transaction will be worked out,” Kasukuwere was quoted as saying.

“The plan submitted by Impala basically complies with the laws of our country,” he said. Independent valuations indicate that the 31% Implats has agreed to cede to the board is valued at about $378-million, based on Zimplats’s current ASX market value.

Local and international media have reported extensively on the deadlock between the government and Implats over the indigenisation of Zimplats. According to the reports, Kasukuwere rejected Zimplats’s initial proposal that the 29.5% state shareholding should be met through credits from a transfer of unmined platinum to the state in 2006.

Implats said at the time that it had handed back the equivalent of 51­million platinum ounces and the agreement with the government was that this would count towards empowerment credits. But Kasukuwere stuck to his guns, insisting that the issue ought to be handled differently.

US dollar weighs on Zimbabwe’s economy