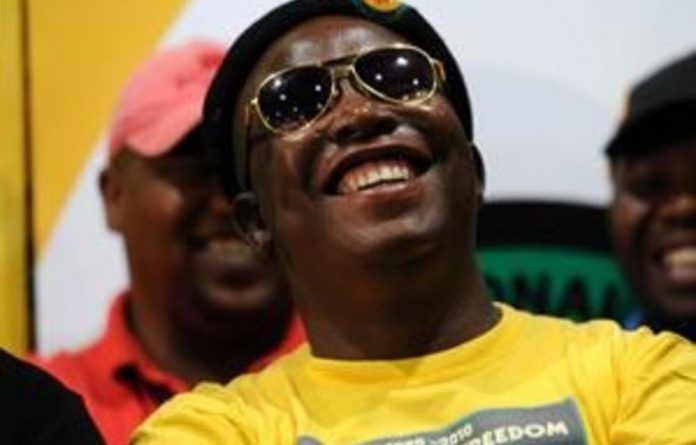 Malema said some leaders had become arrogant on the power given to them by the masses and warned against another Polokwane elective conference, which led to the recall of former president Thabo Mbeki.

“Never be ahead of the masses,” said Malema to a cheering crowd of youths in Kimberley.

He said current leaders were allowed to lead at the front.

Tlhaole urged ANC president Jacob Zuma not to comment on Malema’s and other youth league leaders’ disciplinary processes in public.

Block said the youth league was a legal organisation of the ANC and was not banned.

“The ANC should not run away from ANC Youth League.”

“You send out a strong message of confidence to the rest by not running away from Block.”

Malema also commended him and the provincial ANC leadership for not being afraid of “political leprosy” in showing support at Sunday’s meeting.

Malema told the gathering the ANC was formed for economic freedom due to land grabs by settlers.

“The rest [voting rights] came afterwards but fundamentally it was about economic freedom and unity of Africans.”

Economic freedom
Referring to the ANC’s disciplinary action against him and other youth league leaders, Malema said the ANC could not punish its children for being active.

Malema said when a child is “messed-up”, the parent must help him or her.

“We criticise the ANC, we criticise ourselves and no-one should take it personally.”

Turning to unemployment, Malema said the youth had a responsibility to restore the ANC in line with the Freedom Charter.

He said the youth should fight for the nationalisation of mines and the expropriation of land without compensation.

“All revolutionary songs talk about land, not blue lights.”

Malema urged the current generation of youths not to give up hope on economic freedom. — Sapa