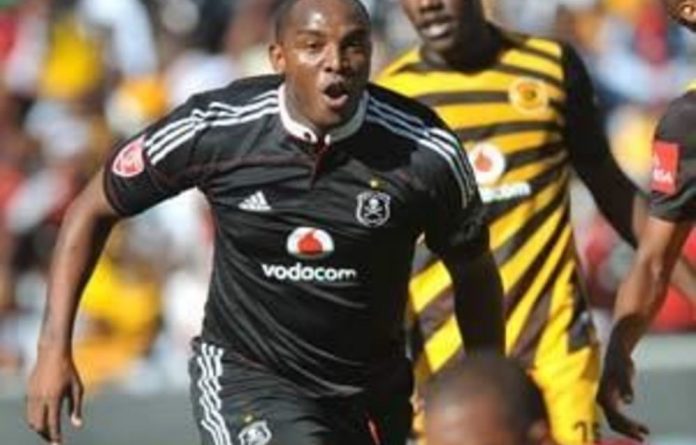 Orlando Pirates caretaker coach Augusto Palacios says he is taking each game as it comes and is not overly concerned about league glory as yet.

“I’m taking it game by game. If you win, you can become a champion,” said the former Peruvian international.

The defending Premiership champions beat Kaizer Chiefs 3-2 in a thrilling Soweto Derby at FNB Stadium on Saturday to move to second spot in the table, with 10 matches remaining in the season.

Pirates have 34 points after 20 games — six below log-leading Mamelodi Sundowns.

“My ambition is to play good football with the team,” Palacios said.

“A coach can never predict. I can’t predict [what can happen at the end of the season].”

Palacios, a former Chiefs, Sundowns and Bafana Bafana coach, went on to praise the quality of the clash, played in front of a sold-out crowd at the Nasrec venue.

“It was a good Soweto derby, with five goals,” he said.

“I’ve worked with Chiefs and know how they feel.

“The plan was to attack them using the wings, but block their fullbacks from coming forward.”

Rampant outfit
Pirates next face a rampant Sundowns outfit — who easily thwarted Ajax Cape Town with a 3-0 win at the weekend — in Pretoria on Tuesday.

The biggest challenge for Palacios so far has been lack of preparation time since taking over from suspended Julio Leal last week.

“I had one training before Santos, one more before Chiefs and I will have one again against Sundowns,” Palacios said.

“I will watch Sundowns play and use players according to the opponent.”

Chiefs, meanwhile, slipped from second to fourth in the standings after their fourth loss of the campaign.

They conceded three goals in the first 25 minutes, with McCarthy netting a brace.

“The young guys can learn a lot from him.

“We made mistakes in the first 25 minutes and against a big team like Pirates, they will punish us.

“That was the big lesson for our young team. We will learn but we showed good character in the second half.”

Equalised
Moroka Swallows, on 34 points, occupy third spot on the log after gaining a point in their 1-1 draw with AmaZulu in Dobsonville.

However, it was a disappointing result for the Birds, who could have ended the weekend in second place, had they won by more than three goals.

They threw away a first-half lead, after Siyabonga Nomvethe found the back of the net, with a lacklustre second stanza, as Goodman Dlamini equalised for the visitors.

“I was happy in the first half. Maybe we could have been three goals up,” said Swallows coach Gordon Igesund.

“For us, it’s two points lost, really, but that is football for you.

“I’m glad that other results went with us, and we have made the jump to third.”