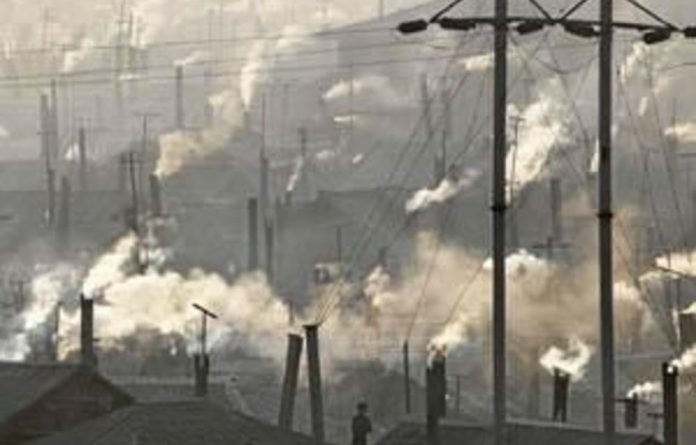 Is the clean development mechanism working? Crispian Olver gives a view of a debate that is relevant in developed and developing countries

Opinions are mixed about what actually happened at the COP17 global climate change conference in Durban late last year. In the run-up, we heard all kinds of hyperbole about the possible outcomes.

This was in part because governments had failed previously to agree to ambitious binding commitments and were playing brinkmanship with the looming expiry of the Kyoto Protocol’s first commitment period.

Although we did rescue a weakened second commitment period for the protocol, most of the real decisions were kicked down the road to COP18 in Qatar and beyond.

One of these pertains to new instruments that potentially will replace the core element of the global carbon trading system, the clean development mechanism. A major review of the mechanism is under way by a high-level panel chaired by South Africa’s former environment minister, Mohammed Valli Moosa. The panel will submit its report in September, in time for the next conference of parties to debate it.

What is this creature — the clean development mechanism? In short, it is a global mechanism under the protocol that enables developed countries to meet part of their global commitments to reduce greenhouse gas emissions by claiming those of developed countries as their own. They do this by financing projects in developing countries with an equivalent improvement in greenhouse gas emissions than otherwise would have been the case.

If a developed country under the protocol has agreed to reduce its emissions by a certain percentage by the year 2020 (these are called annex 1 countries), it does not have to meet this target only by internal domestic action. Instead, it can buy a credit sold by a developing country. This credit affirms that a project, for example, a solar water-heating programme in South Africa, prevented a certain level of greenhouse gas emissions from occurring. Therefore, the mechanism is an important tool in the global climate change system.

The United Nations says that, since its inception, there has been a reduction of more than 800-million tonnes of carbon dioxide (CO2) and more than $140-billion has been invested in projects that have helped to transfer resources and technology to developing countries.

But, in fact, the mechanism does not lead to an overall reduction in emissions — it merely allows countries and companies to take a least-cost approach to reducing their own emissions. This is because it is an emissions off-setting tool operating on a one-to-one principle.

This has led some stakeholders to question its usefulness. They claim the mechanism is a fatal distraction because, in effect, it allows developed countries to continue polluting. For example, an annex 1 country can build a CO2-spewing plant as long as it can finance, by purchasing a certificate, a project in a developing country, such as the hypothetical solar water-heating programme in South Africa, that limits emissions equal to its CO2 plant. They argue that the system is preventing cumulative reductions in global greenhouse gas emissions.

To compound this, the mechanism is in an extremely technical terrain and therefore prone to error.

Therefore, the extent to which the mechanism can contribute to global mitigation is an important issue. Although it is of global significance, it has special relevance for poorer and, particularly, African countries.

Although the mechanism is regarded as being successful, the distribution of registered projects is skewed to a limited number of developing countries.

One of the most strident criticisms of the mechanism is its failure to promote sustainable development — the creation of employment and benefits for the wider community and the protection of the environment. Some registered projects actually appear to have infringed human rights and caused environmental damage.

For example, Nigerian activists claim that a number of projects have been approved in which residents ‘are neither beneficiaries from the profits nor able to extract developmental concessions from the companies’ facilities”, such as reliable electricity, hospitals, clean drinking water and education.

Some activists say the ultimate arbiter being considered for projects is the extent to which they can provide financial return to the host company or country and that the other dimensions are regarded as secondary.

Others argue that host country representatives, who are responsible for scrutinising projects for sustainability, fail to do so because they lack the capacity or set very low standards.

But there are also larger shifts afoot in the political economy of nations. The mechanism was based on a simple divide — officially designated developing and developed countries. But countries such as Brazil, India and China are fast outgrowing their developing-country status and are the fastest-growing source of emissions globally.

Should the segmentation fall away, there are likely to be profound results.

Some indication of what might occur is the recent announcement by the European Union that, from this year onwards, only projects from least-developed countries will be eligible in the European trading system, a major source of demand for credits.

Another key challenge is the proliferation of other national, regional and even city-based cap-and-trade systems with associated monitoring, reporting and verification systems. There are also new global climate finance mechanisms, such as the Green Climate Fund, which may achieve similar objectives to the clean development mechanism and render it obsolete.

These complex issues are up for debate this year and for this reason the UN has opened a high-level international debate on the mechanism. It will take stock of the lessons learned from implementing the mechanism and recommend how to take the mechanism forward.

It is important that we open this discussion to a wide range of stakeholders, particularly from Africa. Although it may appear very technical and therefore suitable only for those versed in climate change science and associated methodologies, it raises deeper questions about the global response to climate change — a task that, given the enormity of the challenge, is everyone’s business.

Crispian Olver is chairperson of the technical working group of the high-level panel on the mechanism’s policy dialogue. See www.cdmpolicydialogue.org for more information and to make your voice heard