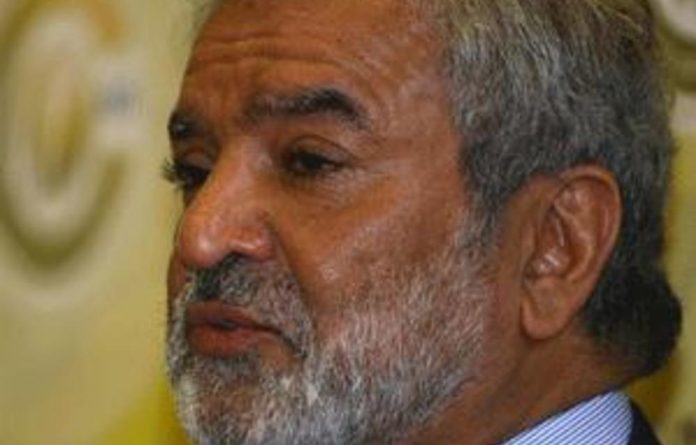 Former president of the International Cricket Council (ICC) Ehsan Mani on Tuesday accused India of fostering corruption in the sport, saying illegal betting in the country was the root cause of the problem.

Mani, who headed the ICC between 2003 and 2006, estimated that Sunday’s Asia Cup match between India and Pakistan in Dhaka attracted $500-million worth of bets, but did not say how he had arrived at the figure.

“Unless the betting industry is brought under control in India, you can’t stop match-fixing,” he told the New Delhi-based Mail Today.

“There’s no doubt that India, certainly Delhi and Mumbai, is the epicentre of cricket betting … I’m a strong advocate of legalising betting in India and bringing it under control of regulatory authorities so that the conduct of bookies can be monitored properly,” he added.

“You’ll find that the risk of corrupting players around the world will reduce significantly.”

Mani urged the ICC, headed by federal Indian minister Sharad Pawar, and the Board of Control for Cricket in India (BCCI), to pressure the government to legalise betting.

Mani said lucrative Twenty20 tournaments such as the Indian Premier League (IPL) and the Big Bash in Australia, had emboldened illegal bookies.

“Obviously, high profile matches like the IPL and Big Bash leave a lot of scope for players to be corrupted; whether they are being corrupted or not, I can’t say. I think [the] IPL must have added hugely to the cricket betting industry in India,” he said.

BCCI spokesperson Rajiv Shukla was not available to comment on Mani’s remarks.

Cricket has been under a cloud since 2000 when three former captains — the late Hansie Cronje of South Africa, Mohammad Azharuddin of India and Salim Malik of Pakistan — were handed life bans for their alleged dealing with bookmakers.

Three Pakistani cricketers were last year jailed in Britain after being found guilty of spot-fixing. Indian bookmakers have often been accused of underhand dealings with players. — Sapa-AFP

Ben Stokes was named the International Cricket Council (ICC) player of the year on Wednesday, capping an unforgettable 2019 for the...
Read more
National