‘Kill 30 blacks for every white murdered’ 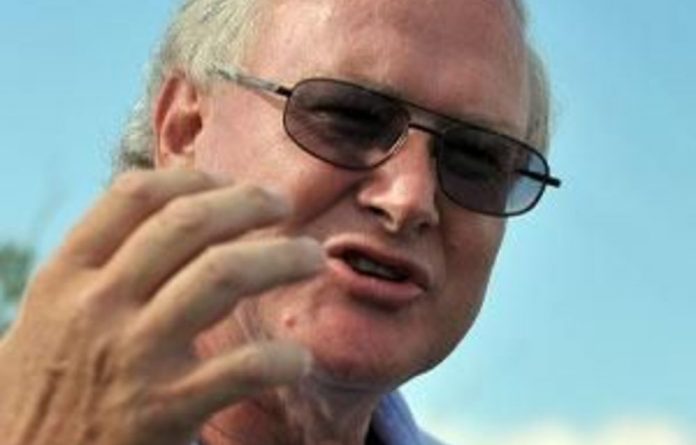 A small meeting of what may be the last organisation that broadly represents white right wing groups on Wednesday suggested vengeance attacks on black people, leaving even its leaders worried.

It is a statement all the more shocking for the calm voice in which Andre Visagie delivers it.

“People were very radical, in the sense that they want to go over to action. They want to prepare for war. They want to set an ultimatum: for every single one of our people who is killed by a black person, 30 black people should be killed, because we are 30 times fewer than they are.”

That, Visagie said, was the general consensus of the 100 or so people who gathered in Bloemfontein for a “nood volksvergadering”, or emergency meeting of the nation, which he had called to address the issue of farm murders, and the killing of white people in urban areas.

“People said the murders of more white people would be a declaration of war. They also said changing the Constitution to restrict press freedom and remove property rights would also be a declaration. They don’t want politics anymore. They don’t want to use legal avenues. Afriforum pushed the government into a corner through the courts, but the government can just change the law. They want revenge.”

Visagie, the leader of the Afrikaaner Weerstandsbeweging (AWB) for a short period after the murder of Eugene Terre’Blanche, is perhaps best known for the “don’t touch me on my studio” incident that followed. He is also the leader of the Geloftevolk Republikeine, (Covenant People Republicans) which considers itself the last over-arching body where many hundreds of militant and far-right groups can hold discussions — and even he is worried about what he heard from his audience.

“Some people came from very far, from all over the country,” he said about the short-notice meeting. “That may mean that we had a more radical element here.” Whether the group was representative of broader feeling or not, however, it represents an unequivocal threat of race-based murder, and Visagie said he does not know how to deal with that.

“At this point I’m sitting with my head in my hands. If there is a wave of murders of white people by black people now, then I guarantee you there is no way we could stop the violence that would follow. We need another outlet, some way to put people at their ease so they will be more tolerant.”

One avenue — albeit one that would likely make the police more than a little nervous — would be marches, intended to show just how frustrated (and close to violence) some Afrikaans-speaking white people are. But because white people who associate themselves with the far-right cause would be victimised, Visagie said, his group is obtaining legal opinion on whether participating in marches while wearing balaclavas would be legal. He admits such gatherings could be dangerously explosive, but said there are worse things.

“What I’d worry about is that people wouldn’t come to such protests, but would go in small groups and wreak their own vengeance. That’s what worries me.”

The Geloftevolk Republikeine, which take their name from a vow Voortrekkers made to God in return for protection from a Zulu attack, is due to discuss the outcome of the meeting at a top management meeting of its own on the weekend. The group has lodged hate-speech complaints with the South African Human Rights Commission, saying President Jacob Zuma’s singing of the infamous “kill the boer” amounts to inciting murder. It is also concerned about what it describes as a “private ANC army”, and is agitating for a sunset clause for black economic empowerment in employment.

The South African Police Service recently said it kept a close eye on right-wing groups that could be capable of violence.

However, academics and other analysts have largely discontinued monitoring the far right, because it has not been considered a true threat to national security or stability for some time.