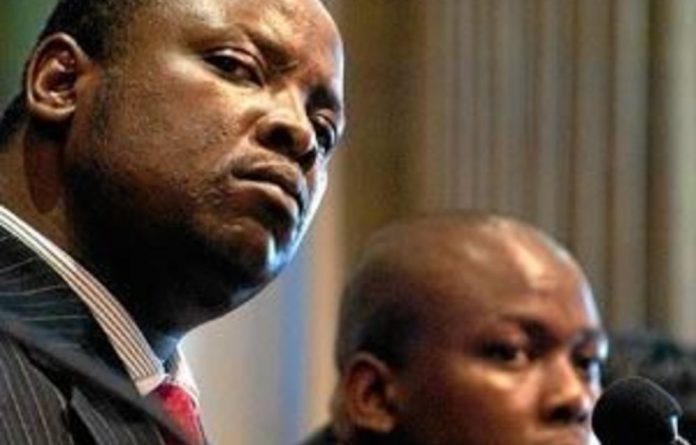 Property mogul Roux Shabangu on Wednesday bemoaned media reports that he had been fired from the construction of a R20-million police station in Tweefontein, Mpumalanga.

“This is a misleading and untrue statement, because Roux Property Development [Africa] halted the work on site due to the non-payment by the department of public works, for services rendered,” Shabangu said in a statement.

“It is with great disappointment that … [the] journalist responsible for the story failed to afford me and/or my office the opportunity to comment and/or answer questions, he might have had.”

According to a report in the Sowetan on Monday, Roux Property Development Africa was dismissed in June 2010, three months before the deadline for completion, after a dispute with the department over payment.

The public works department hired another company, Khazamula Construction and Civil, to complete the building after a nearly two-year delay involving a court case.

Shabangu apparently told the paper on Sunday that he was going to take the department to court.

“We are not taking the move lying down. We have already notified them about our intention to sue,” he was quoted saying.

‘Misleading’
Shabangu on Wednesday said he was not taking the department to court.

“This statement is misleading and inconclusive. The reason why I approached the court in this instance was to seek legal assistance in recouping the money I had paid to Alert Steel as a result of the department’s failure to pay what was due,” he said.

It was because the department refused to pay Arlet Steel that Roux Property Development Africa ended up paying the amount out of its own pocket.

We ended up paying the amount owed from our own pockets because we had signed surety for this project. This was done in good faith and in order to preserve our business relationship with Alert Steel,” said Shabangu.

He said his company decided to withdraw from the project because of the difficulties experienced when working with the department of public works.

“The department of public works’s work ethics make it difficult and almost impossible for business people to maintain a healthy working relationship with them, which sadly hampers service delivery at the end of the day,” said Shabangu. — Sapa