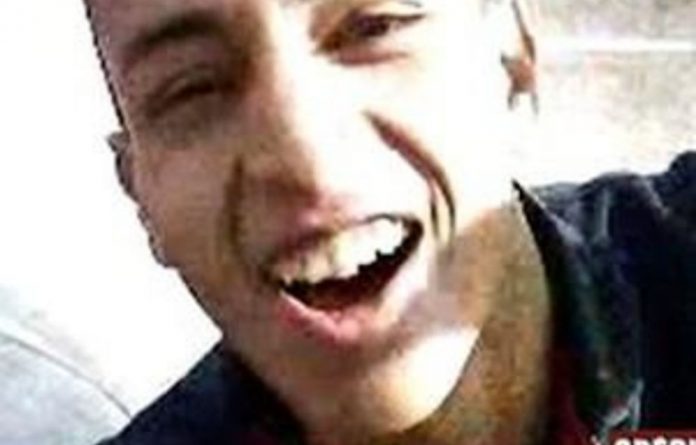 Police have lost contact with a 24-year-old gunman suspected of killing seven people in the name of al-Qaeda, and there has been no sign of life from his apartment in south-west France for 10 hours, a minister said.

More than a day after 300 police first surrounded the five-storey building in a suburb of the city of Toulouse, Mohamed Merah, who has confessed to killing three soldiers, three Jewish children and a rabbi, had yet to give himself up.

“Despite renewed efforts all through the night to re-establish contact by voice and radio, there has been no contact, no showing from him,” Gueant said, adding that he still hoped Merah could be captured alive.

Rain poured down on police, firefighters, media and around a dozen bystanders who spent the night outside the apartment.

Merah, a French citizen of Algerian origin, boasted to police negotiators on Wednesday night that he had brought France to its knees and said his only regret was not having been able to carry out plans for more killings.

He has told negotiators that he killed the seven to avenge the deaths of Palestinian children and because of French army involvement in Afghanistan. He filmed the shootings of the children and the rabbi on Monday using a camera strapped to him.

No vengeance
France’s President Nicolas Sarkozy, whose handling of the crisis may influence voters less than five weeks from an election in which he is running for a second term, promised on Wednesday that justice would be done and asked people not to take vengeance.

France’s elite Raid commando unit detonated three explosions just before midnight on Wednesday, flattening the main door of the building and blowing a hole in the wall, after it became clear Merah did not mean to keep a promise to turn himself in.

They continued to fire shots roughly every hour, and stepped up the pace at dawn with two loud explosions that sounded like grenades. Analysts said police were attempting to exhaust the gunman and make him easier to capture unharmed.

“These were moves to intimidate the gunman who seems to have changed his mind and does not want to surrender,” said interior ministry spokesperson Pierre-Henry Brandet.

Merah, who authorities say has a weapons cache in the apartment including an Uzi and a Kalashnikov assault rifle, wounded two officers on Wednesday.

“What we want is to capture him alive, so that we can bring him to justice, know his motivations and hopefully find out who were his accomplices, if there were any,” Defence Minister Gerard Longuet told TF1 television.

‘To its knees’
Merah, who told police negotiators he had accepted a mission from al-Qaeda after receiving training in the lawless border area of Pakistan, had identified another soldier and two police officers he wanted to kill, investigators said on Wednesday.

“He has no regrets, except not having more time to kill more people and he boasts that he has brought France to its knees,” Paris Prosecutor Francois Molins, part of the anti-terrorist unit leading the investigation, told a news conference .

The gunman negotiated with police all of Wednesday, promising to give himself up and saying that he did not want to die.

“He’s explained that he’s not suicidal, he doesn’t have the soul of a martyr and he prefers to kill but to stay alive himself,” the prosecutor said.

At a ceremony in an army barracks in Montauban, near Toulouse, Sarkozy paid tribute to the three soldiers of North African origin killed last week.

Vowing justice, he said the men had been killed in a “terrorist execution”. Merah had staked out the first soldier he killed after replying to an advert about a scooter, investigators said.

Far-right leader Marine Le Pen, a rival candidate, has called on France to wage war on Islamic fundamentalism. Leaders of the Jewish and Muslim communities have called for calm, pointing out the gunman was a lone extremist.

Immigration and Islam have been major campaign themes after Sarkozy tried to win over supporters of Le Pen, who accused the government of underestimating the threat from fundamentalism.

France’s military presence in Afghanistan has divided the two main candidates in the election. Opposition Socialist party leader Francois Hollande, who leads Sarkozy in polls for the crucial May 6 runoff vote, has said he will pull troops out by the end of this year while Sarkozy aims for the end of 2013.

The raid came just three days after the school attack and followed an unprecedented manhunt by French security forces.

Merah’s lawyer Christian Etelin, who has defended him in several minor crimes, said that his client had a tendency towards violence that had worsened after a stay in prison and trips to Afghanistan and Pakistan.

“There was his religious engagement, an increasing hatred against the values of a democratic society and a desire to impose what he believes is truth,” Etelin told France 2 television. — Reuters

French president refuses to apologise for colonial Algerian past