Stellenbosch faces up to discrimination 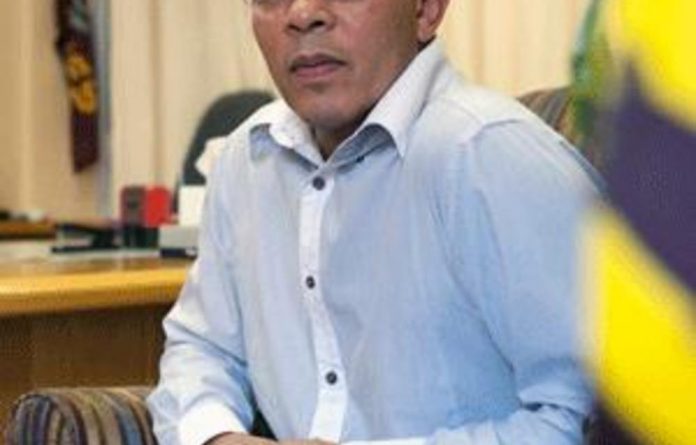 Student leaders at Stellenbosch University have begun drafting policy to deal with discrimination as the university grapples with allegations of racist and homophobic incidents on its campus of about 18 000 students.

Last year, 33% of the university’s students were black.

After receiving the go-ahead from the university, the council began drafting the policy last month. It hopes it will be completed by November.

A lot is needed for transformation
A complicated picture is emerging from the university: some progressive lecturers warn against an over-simplification of the situation but insist that a lot more should be done about transformation.

During the 1980s and 1990s, Maties, as it is known, was regarded as the most liberal Afrikaans university. But in recent years a conservative lobby led by historian and foremost taalbul (language bull) Hermann Giliomee has been campaigning to keep the university’s language of instruction mainly Afrikaans, leading to a perception that the whole university is conservative. Most subjects are offered in Afrikaans and English.

Under the surface: Some academics at the university say more
could be done at an official level to address transformation
issues following allegations of racism and homophobia
on campus. (David Harrison, M&G)

A number of students told the Mail & Guardian that the widely reported Dagbreek incident in January, in which a house committee member at this university residence stated that he was “not a supporter of gays” during a meeting with first-year students, was just the tip of the iceberg.

Said journalism lecturer Hannelie Booyens: “There is still very much a dominant macho koshuis [residence] culture, with all its prejudices and heteronorms.”

But she cautioned against over-simplification and generalisation. “There were a few racial incidents last year, but they weren’t necessarily racial hatred or conflict, rather instances of cultural insensitivity.”

Some students believe these incidents to be part of a broader problem of discrimination on campus and a small university town characterised by “inaction by the university”, a “lack of participation from students” and a “hush-hush culture”.

A senior black student, who did not want to be named, told the M&G that, last year she sought advice on her course from her department head and was told: “In future, come to me for help, because I know my colleagues are not happy with people like you succeeding.”

Since she joined the university in 2009, she had witnessed a positive change in the treatment of black students. But, she said: “I’ll be long gone by the time things have changed properly.”

Daniel Mikes, a lecturer in the department of earth sciences, said he had many students come to him over the past three years with stories about discrimination on campus.
“I feel I should be able to send them down the right channel, but I don’t know where to send them.”

He believes the university “is not undertaking sufficient systematic action to institutionalise integration. As a result, segregation is maintained by inertia.”

After a black student was allegedly attacked by a group of white students two years ago, Mikes and some colleagues started a forum called “Just talk”, that aimed to address, among other problems, racial discrimination through open and honest conversation. The initiative eventually fell apart after conflict arose between the different race groups that were part of the forum.

A lesbian resident of Stellenbosch said students abused her during a night out with her coloured girlfriend about a month ago. “We are used to guys commenting and saying derogatory things, but this night the guys were getting pushy and the comments became racist,” she said.

The couple left the pub and walked towards their car, only to discover that three men had followed them. “The one guy wanted to hit my girlfriend, but luckily his friends held him back. The situation is getting out of hand in Stellenbosch,” she said.

Booyens said there was a group of white students that had been brainwashed by the Afrikaans media into believing their language was under threat, but they were a minority.

“Most students in my class have no truck with die taal. About half of the Afrikaans-speaking journalism students prefer to write in English. The 24 students in my honours class last year came from different backgrounds and it was amazing to see how they formed firm friendships across racial and language barriers.

“In fact, towards the end of the year, there was a cross-racial, same-sex relationship. They were very open and walked down the streets holding hands without anyone ever bothering them,” said Booyens.

The chairperson of the university’s sexual harassment advisory committee, Amanda Gouws, told the M&G that a foreign student was physically assaulted by three white young men in a “race-based attack” last month.

The student was kicked and beaten “when he did not respond to the drunk perpetrators’ shouts in Afrikaans because he does not understand the language”.

The university responded well after the incident was reported, she said.

“Discrimination like this goes on at other universities as well, but what is different is the extent to which students are prepared to report these incidents. In our case, the students that are being attacked are of a race that is in the minority, so they often do not report these incidents for fear of victimisation.”

Student Sibusiso Dhlamini said his experience on campus had largely been a positive one.

Though discrimination was still alive on campus, he had learnt to treat each person as an individual, he said. “I am friends with people from different backgrounds and races.”

A white law student said he was victimised by other white students in his residence last year because he had a black girlfriend. He has since moved into a flat in town.

The university’s dean of students, Llewelynn Macmaster, said: “We are committed to transformation. We are not saying we have arrived, we are not completely transformed, we are struggling in some areas more than others, but I have seen enough already to be positive about Stellenbosch University.”

Daniel Malan, the head of male residence Wilgenhof, said although Maties was committed to addressing racial discrimination, “commitment at a formal level is never going to translate into an immediate change in students’ views”.

“Because of the different backgrounds of students, you get a mix of people who come to Stellenbosch with racial prejudices, as well as ­people who are completely comfortable with integration and transformation,” he said.

“There isn’t a standard prototype of a Stellenbosch student.”

Malan was prominent in the student left when he studied at the university in the 1980s. There had been “incredible” improvement since those days, he said.

“But there is no doubt in my mind that you get people who, for various reasons, harbour traditional, conservative, race-based views. I would hope that the numbers of those people are on the decline.”