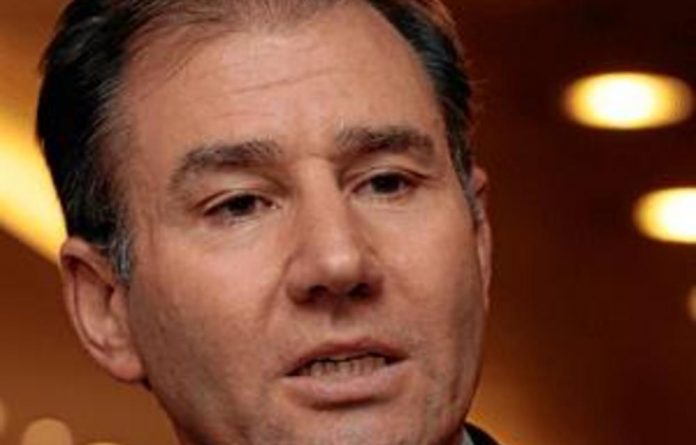 Resource nationalism, with which most commodities-rich countries are flirting, drew heated debate in London this week at The Times CEO Summit Africa where Glencore boss Ivan Glasenberg and Shanduka executive chairperson Cyril Ramaphosa warned of its risks.

Glasenberg was emphatic that he did not support it, whereas Ramaphosa, a member of the ANC’s national executive committee that is advocating intervention in the minerals sector, warned that half-baked policies could scare away foreign direct investment and high taxes could kill projects.

“We invest billions when we go into a market, not only on the mines but also on infrastructure. We need to have peace of mind that the rules suddenly don’t change on us,” said Glasenberg.

Resource nationalism has become a sensitive and ideological problem. Governments are under pressure to take a greater slice of their countries’ mineral wealth for their largely poor populations, especially during high commodity price cycles. Some are considering or have already imposed taxes, including one on super-profits, and others are repudiating or renegotiating contracts with companies, or expropriating their assets.

This has upset global mining companies and commodity traders, who believe it is a threat to their super-profits and future investments. Therein lies the irony: just a week ago Glasenberg, the South African-born billionaire who runs Swiss-based Glencore, which is listed in London and Hong Kong, presented Glencore’s maiden results with glee, having banked more than £100-million in personal dividends in the company’s first year on the stock market. He bagged a £69-million final dividend payout after a 7% increase in Glencore’s underlying net profits to £4.06-billion. This was in addition to a £34-million interim dividend six months ago.

Although Glasenberg waived a £1.85-million performance-related bonus, declaring “I get enough [money] — but we have to separate dividend payments from earnings, because a dividend is payment as an owner of this company”, it is the super-profits and personal profiteering by the likes of him that have governments mulling over resource nationalism. They believe that the people who own the assets should get a bigger share.

By FTSE 100 standards, Glasenberg’s base salary is a modest £925 000 a year. The big payout is by virtue of his 15.5% stake, worth £4.3-billion. He has not sold any shares since the group went public and last year used the company’s interim dividend of 3.1 pence to buy more stock.

Glencore is one of the world’s largest commodity traders, with operations in wheat, iron ore, copper, zinc and oil. It is currently in one of the biggest ($90-billion) mining ­mergers with Xstrata, which will create the sixth-largest mining company in the world, that is likely to embark on an aggressive growth and acquisition strategy.

It could therefore become one of the biggest victims of resource nationalism. Glasenberg is exposed to it in Australia, where a resource rent tax on super-profits kicked in recently, and some countries in Africa that are investigating the idea of a similar or other taxes and export parity pricing.

Glasenberg does not take issue with paying royalties, a resource rent tax or with governments being part owners of assets, gleaning a fair share of the resources being dug out of the ground. But he does have a problem with “resource nationalisation” and the rules of the game being changed after his company has invested billions. However, in some cases he has no choice.

Glencore, he said, did business in places where it was exposed to a “greater-than-average risk of overt or effective expropriation or nationalisation, including in countries in which the governments had expropriated assets”. He singled out Bolivia where, in 2007, one of Glencore’s smelters was nationalised.

“We wanted to put in another $1-billion in the mines for tin aluminium reserves, but we decided to take our money elsewhere instead, like to Colombia, where the government has given us a concession on the rail line. This is the price governments will pay by going the resource nationalisation route.”

One gets the sense that Glasenberg sees things in black and white and confuses nationalisation with resource nationalism. His confusion is illustrated by these words: “We don’t mind governments taking their fair share of the resources being dug out of the ground. We don’t have a problem paying royalties, export taxes or rent tax on super-profits, because we can at least do our ­modelling and forecasts and shareholders know the kind of returns they will get.

“We have no problem paying our dues, but it is when the rules change suddenly and our assets are seized that our investments are blown out and we can’t deliver returns to shareholders. That’s a problem. Then we, and other foreign countries, just won’t invest there.”

Other Western investors also warn of risks if there is a lack of certainty and security around mining laws.

“If there is no fear of fundamental change then investors will come,” said Brian Menell, chief executive of the Kemet Group.

Ramaphosa was more careful in his approach, because he needs to balance his business and mining interests with his political ambitions and cannot afford to upset the ANC. He believes the debate about resource nationalism could be stifled gradually if mining companies placed a greater emphasis on building a social contract with citizens.

“We must strengthen our licence to operate, build presence in countries and communities and partnerships with government, and eventually this will douse the flames for nationalisation.”

Greater dialogue with governments and politicians to shape the debate over resource nationalism and prevent the adoption of policies was the way forward, he said. Governments needed assistance to ensure they adopted the right policies, or they could fall into adopting policies that were in no one’s interests. “Governments have to be careful not to treat natural resources as a cash cow and take actions to prevent the goose from laying golden eggs.

“Under pressure, governments can respond with overregulation from a light touch to heavy touch and lead to bureaucratisation.”

Ramaphosa said investors should not panic when they heard that policies such as nationalisation were under discussion. “I come from the great school of Nelson Mandela. My approach is engage, engage, engage — negotiate, engage and dialogue. Business needs to engage with government and not panic.”

Too often businesses kept out of politics, he said, particularly in the mining sector, because of the fear of accusations of meddling.

Ramaphosa, who was president of the militant National Union of Mineworkers during apartheid, said calls for nationalisation were back on the agenda but, if business was involved in the debate instead of standing to one side, it would realise the “bite is much lighter” than the “bark of the dog”.

SIU probes how master of the high court fleeces the poor