Malema says sorry to those he offended 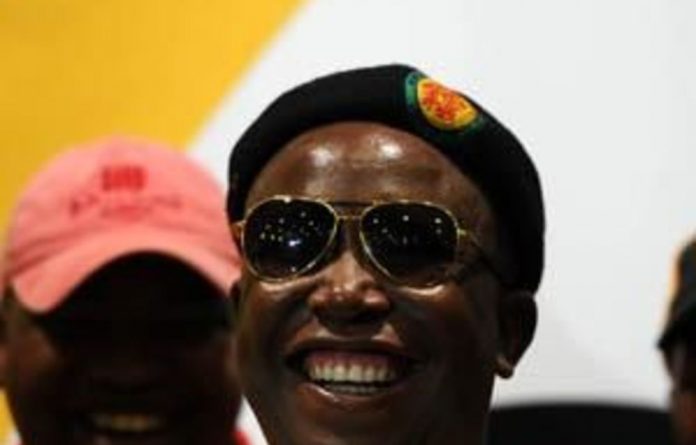 South Africa belongs to all who live in it, suspended ANC Youth League president Julius Malema said after receiving the Newsmaker of the Year 2011 award in Pretoria on Friday evening.

"You must never buy the story that we are anti-white and we want whites to be driven into the sea. This is your home, your country and it belongs to all of us," he said.

"I would die in defence of the white minority — they must enjoy the same rights as Africans. But when we say we must share, it doesn't mean we are fighting — we are actually protecting you," he said.

Malema praised the role played by Public Protector Thuli Madonsela in upholding democracy, saying she was like the "Charlotte Maxeke and Winnie Mandelas of this country".

"It doesn't matter if she investigates some of us. In the secret meetings when her integrity is attacked we are the first ones to defend her," said Malema.

Importance of the award
"Public Protector, very soon I will be bringing a complaint to your office. The abuse of the state power. It looks like we are back to those years before Polokwane where those in power abused state institutions to further factional politics," said Malema.

He referred to Madonsela as "our mother and a fearless woman our democracy has produced".

Despite having turned down an earlier invitation to receive the award, Malema said he had not understood the importance of receiving the award.

"You cannot be awarded for being a revolutionary. There are no awards in a revolution, it doesn't matter who says what," said Malema.

He said the decision to honour the invite was taken after being advised about the possible death of the youth league.

"I will never change my ideas"
Malema took a swipe at the New Age newspaper for taking sides in "the factional politics of the ANC".

"For sure you know that there are some recently launched newspapers after Polokwane conference, that have taken sides and they are not ashamed. And the New Age that is what it is …belongs to a faction and promotes individuals and their factional agendas," Malema said.

"The ANC Youth League is not anti-media, we would fight for the protection and independence of the media without fear or favour," he said, sparking a chorus of applause and laughter from delegates.

He insisted that he would never change his stance regarding the "expropriation of land without compensation", saying the ANC should adopt the principle.

"I will never change my ideas, it doesn't matter who says what. This land was robbed, stolen. A black genocide was committed against those who owned the land … I will never agree with the rewarding of those who stole our land."

The embattled youth leader then shifted into an apologetic mode, saying sorry to those he offended whilst he carried out his "revolutionary mandate".

"I know that there were heated moments between ourselves and journalists. Everything we have said about you, it was nothing personal …we were all doing our jobs," he said.

"I want to say sorry to all South African that I have offended. I did not do so intentionally. I have apologised to the BBC journalist [John Fisher], and I want to apologise here again". — Sapa