Pope’s visit to Mexico not welcome by all 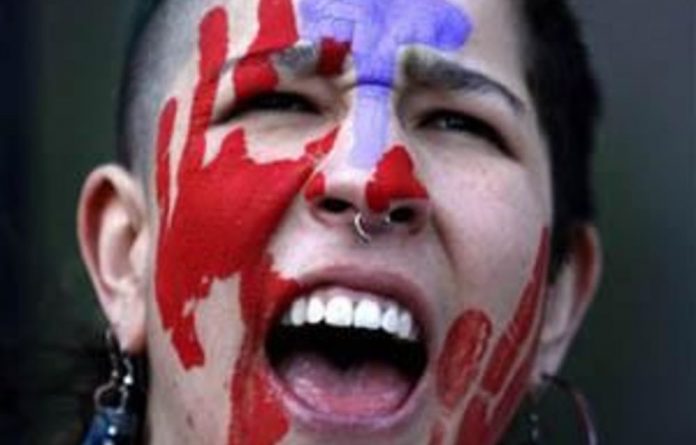 Pope Benedict XVI arrived in Mexico this weekend promising to “unmask the evil” of drug trafficking in a country ravaged by gang violence that has killed 50 000 people in the past five years.

The pope began his three-day visit to the world’s second-most populous Catholic state in the central city of Leon, where he received one of the most exuberant welcomes of any of his foreign trips.

Tens of thousands of people, 20 deep in some places, lined the streets on his 35km drive through the city.

He touched down in Mexico after making strong statements aboard his papal plane about the country’s spiraling drug war.

“We must do whatever is possible to combat this destructive evil against humanity and our youth,” he told reporters, referring to the violent conflict between rival drug cartels and the state that has killed 50 000 people since 2007.

Raising his arms aloft as he exited the plane, Benedict descended the stairs slowly, holding the handrail. He was greeted by President Felipe Calderon and a group of children while crowds cheered and waved Vatican flags.

Addressing the masses gathered at the airport in a steady, measured tone, the pope, speaking in Spanish, said he had come as a “pilgrim of faith, of hope, and of love.”

“I will pray especially for those in need, particularly those who suffer because of old and new rivalries, resentments and all forms of violence,” said Benedict, adding that he hoped his message would also reach Mexicans outside of their homeland.

The bloodshed across Mexico was in the mind of many waiting to see Benedict in the city, a Roman Catholic stronghold that has avoided the worst of the brutal turf wars.

Praying for peace
Throngs of Catholics dressed in white t-shirts and caps threw yellow and white confetti, having waited since early morning to see the pope pass. Many of them were young people let out of school for the day.

Several stood in front of a large banner that read “Pope, pray that the violence ends, pray that peace returns.”

“Violence is the country’s biggest priority. There are some places where you can’t even set foot outside it’s so dangerous,” said 16-year-old Martin Zamora who hung the sign with his Catholic youth group.

“Many young people have decided to join up with organised crime instead of fighting it. That’s what the pope is coming here for, to help save young people.”

Benedict, who turns 85 next month, will rest for 24 hours to recover from jet lag. His main message will be delivered on Sunday at a massive outdoor service that hundreds of thousands of people are expected to attend.

“Many hardships”
The pope’s strong words on the drug menace should offer comfort to Calderon, who has staked his reputation on beating down the cartels. The government’s inability to stem the violence has eroded support for his conservative National Action Party (PAN), which has strong Catholic roots and faces an uphill struggle to retain the presidency in elections in July.

Calderon hailed Benedict’s arrival, saying it was of great significance at a time of “many hardships” for Mexico.

“Mexico has suffered, as your Holiness knows well, the ruthless and cruel violence of organised crime,” Calderon said in his welcome speech, which was followed by a performance of traditional folk dancers and mariachi musicians.

A survey by polling firm GCE published in the Milenio newspaper on Friday showed 72% of respondents wanted the pope to speak out on the security situation in Mexico.

Benedict, who also travels to Cuba next week, hopes to rally the faithful in Mexico, where more and more people are being lured to evangelical Protestant churches.

Abuse scandals
The German pope faces a challenge generating the same kind of fervour as his charismatic Polish predecessor, Pope John Paul II, who was beloved in Latin America and drew pulsating crowds when he criss-crossed the region during his 27-year papacy.

Highlighting the growing religious divisions in Mexico, a large Protestant church in Leon held a service with hundreds of worshippers on Thursday, prominently displaying a sign that read “We are not Roman Catholics.”

The Vatican has been stung by accusations of child abuse by priests in parishes around the world — including revelations about Mexican religious leader Marcial Maciel, who founded a prominent Catholic order, the Legionaries of Christ.

Maciel, who died in 2008 at the age of 87, was disgraced by allegations of sexual abuse and drug addiction.

During the pope’s visit, religious scholar Bernardo Barranco will present a new book by ex-Legionaries with scores of leaked Vatican documents the authors say prove the Holy See knew about Maciel’s molestation of young boys and morphine use for decades.

Apology
“The enthusiasm (about the pope’s visit) felt in Leon, is not the same in the rest of the country. The abuses by Father Maciel have cast a shadow,” Barranco said in an interview.

Benedict has apologised for priest abuse in the past but has no plans to meet Mexican victims.

“There is so much suffering in Mexico that to narrowly focus on just one issue would be extreme,” said Father Jorge Martinez, an official from Mexico’s Episcopal Conference, when asked if the pope would address questions about Maciel’s legacy.

The pope heads to Cuba on Monday in a visit meant to bolster the position of the Church there and help the communist island move towards democracy.. Communism, he said on Friday, no longer works in Cuba. — Reuters