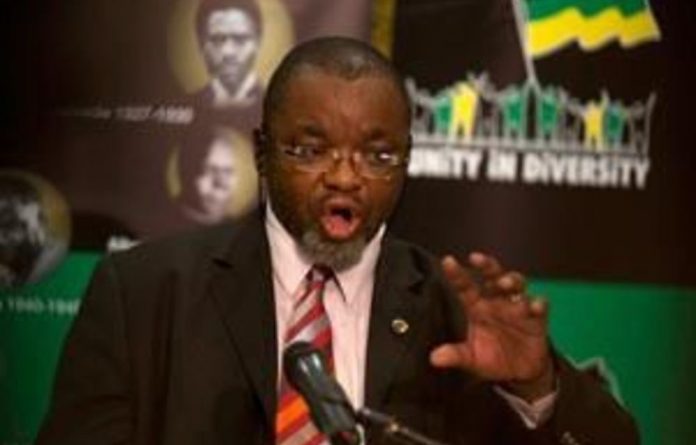 ANC secretary general Gwede Mantashe on Sunday upped the ante on the land reform debate by calling for the expropriation of land to be addressed up as a matter of urgency.

“The slow distribution of land cannot continue. Doing so will be betraying the revolution. Land reform is at the heart the struggle for freedom,” Mantashe told reporters in Johannesburg at a briefing following the ruling party’s latest national executive committee (NEC) meeting.

Mantashe’s comments come at a heightened time of uncertainty around the future of land ownership rights in South Africa.

President Jacob Zuma, in his State of the Nation address in February, said the current willing buyer, willing seller system was “not the best way to address this land imbalance” and has “failed” to adequately address land reform in South Africa.

At present, the government claims that as much as 87% of South Africa’s agricultural land is still in the hands of white farmers.

The state’s original plan to have 30% of this land owned by black South Africans by 1999 failed.

According to the latest government report on land expropriation, only 8% of commercial agricultural land has been reallocated to previously disadvantaged groups in the past 17 years.

The ruling party has previously suggested the Constitution might be changed in order to accelerate the expropriation of land.

Although Mantashe would not confirm if any tangible changes to the Constitution had been discussed by the NEC, he said the document is “not written in stone”.

“The Constitution must be a living document so that it can be responsive to the needs of the people,” Mantashe said.

Section 25 of the Bill of Rights in the South African Constitution states property may be expropriated subject to compensation as “agreed to by those affected or decided or approved by a court.”

Additionally, the compensation should be “equitable, reflecting an equitable balance between the public interest and the interests of those affected”.

Freedom Front Plus leader Pieter Mulder added further fuel to the discussion, when he suggested that “Bantu-speaking” people had no historical claim to 40% of the country’s land in his reply to the president’s State of the Nation address.

Mulder’s comments earned him a stern rebuke from Zuma and opposition parties called for him to be sacked as the deputy minister of agriculture, forestry and fisheries.

According to the government, the department of land reform and rural development is in the process of producing a green paper on land redistribution, which will tackle the matter of further land expropriation.

There is, however, no indication yet about what the green paper will propose.

The ANC is also due to release a document detailing suggested policy reforms on land redistribution on April 2.

Mantashe said any changes to the land reform process would be kept within the confines of the law.

“The status quo is unsustainable, but we want to do it within constitutional provisions. We are not planning another Zimbabwe where we just go and occupy land — we won’t do that. However the Constitution must talk to the acceleration of land redistribution,” he said.

Professor Ben Cousins, the chairperson of poverty, land and agrarian studies at the National Research Foundation, said the land reform process is in “deep trouble” in South Africa.

“We had rather unrealistic ambitions in the early years of our democracy. Quick resolutions to these issues were never going to happen, so we have to be a bit more sensitive to the challenges we face when it comes to land reform,” Cousins told the Mail & Guardian.

Cousins said there is no “quick fix” for the current issues surrounding land reform, be it a change to the Constitution or otherwise.

“To see these matters resolved will take a lot of work. The government has to become a more effective player in the land reform process by buying, negotiating prices and managing the process,” Cousins said.

Despite the strain of lockdown, some restaurateurs are keeping bellies full
Read more
Advertising
Continue to the category
Opinion