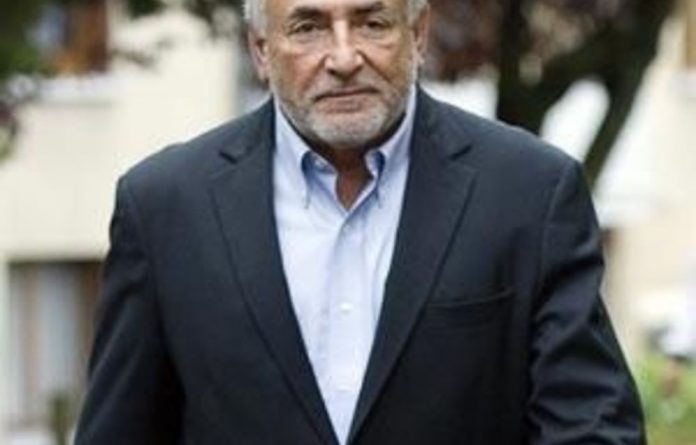 Lawyers for embattled former International Monetary Fund chief Dominique Strauss-Kahn said on Tuesday that they would challenge a fresh official investigation into allegations that he participated in pimping in France.

Strauss-Kahn’s French legal team called a news conference in response to overnight news he had been formally placed under investigation in a prostitution scandal in the north city of Lille on counts that could expose their client to up to 20 years in jail.

“This story doesn’t have legs to stand on and the judges know it perfectly well,” one of his lawyers, who spoke on condition of anonymity, said before the press conference.

Strauss-Kahn’s latest problems come in a week when the man once tipped to become France’s next president is back under fire in New York too. Hearings in a civil case brought by a woman who accused him of trying to rape her in a Sofitel hotel suite last May begin on Wednesday.

In France, investigators are probing whether Strauss-Kahn (62) was aware he was dealing with prostitutes and pimps when he participated in sexual encounters in Lille, Paris and Washington in 2010 and 2011 that had been organised by business acquaintances in the region.

Eight people have already been arrested in the case, and a construction firm Eiffage fired an executive suspected of using company funds to hire sex workers.

Strauss-Kahn — a former finance minister and globe-trotting head of the IMF — is married to popular journalist Anne Sinclair. He has been quoted as acknowledging his participation in “libertine soirees”.

Prior to the hearings that led to him being officially placed under inquiry on Monday night, he said he was victim of a media lynching in a country where the press traditionally draws an almost indelible line between public and private life.

Pimping suspicions
Strauss-Kahn was ordered to pay bail of €100 000 and was told he was being investigated on suspicion of “complicity in a pimping operation”.

Under French law, that entails “helping, assisting, or protecting prostitution, taking profit from prostitution … hiring, training or leading someone towards prostitution”.

Using the services of prostitutes is not illegal in itself in France.

A source close to the investigation told says that text messages sent by Strauss-Kahn to friends could be the crux of the legal case.

One of his lawyers has said Strauss-Kahn had no reason to think the women at the soirees were prostitutes, arguing at one time that it was not always easy to tell the difference between a “classy lady” and a prostitute when naked.

Rape case refuses to die
On Wednesday, Strauss-Kahn’s lawyers are set to defend him in a Bronx courtroom on the first day of a civil trial brought by Nafissatou Diallo, the New York maid who accused him of raping her in May 2011.

That accusation set off a media firestorm and quickly sullied his reputation. He was forced to quit his IMF job and abandon plans to run for French president.

US prosecutors dropped criminal charges, however, saying they had doubts about Diallo’s credibility.

Strauss-Kahn is now jobless and lives a life mainly behind closed doors.

Attempts to relaunch his career as an economist on the world conference circuit have been troubled. He gave a speech in China late last year but had to be bundled into a recent meeting at Britain’s Cambridge university under heavy security.

Last Tuesday, he cancelled an appearance at an event in Brussels alongside the Eurogroup’s Jean-Claude Junker following protests from members of the European Parliament. — Reuters