Fear and anguish for Syrians fleeing to Turkey 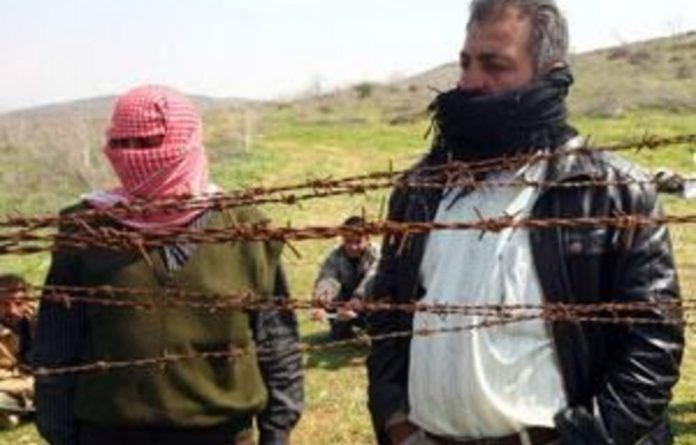 At the crack of dawn, Fatima rouses her son Nafissa from a deep sleep. If all goes according to plan, they could be in Turkey within hours, safe from the violence that has haunted them for weeks.

As preparations for the journey are made, another son, Ali, plays nearby. His parents pack what little they brought with them into plastics bags and get ready to leave the safe house where they spent the night.

“I am taking my family far from Syria,” says Ahmed bin Habib, lighting a cigarette.

The 30-year-old father managed to flee with his family from the restive northern city of Idlib, which fell to government forces earlier this month after a withering assault.

“The soldiers surrounded the city. We couldn’t escape at night,” he recalls.

“They started shooting at us, but thank God we escaped. We have spent several days staying with friends and today we will cross the border,” he adds.

“We left because we were afraid,” he says, recalling the horrific scenes he witnessed in Idlib.

Bin Habib helps his younger brother Mohammad, whose leg was badly wounded by a projectile some three months ago, to get up.

“He must get to Turkey to avoid being handicapped for life,” he says.

Mohammad explains his desperation to get to Turkey.

“I didn’t dare go to the public hospitals (in Syria). They torture the nurses and the wounded there,” he says.

The journey begins at 7am. Four men are waiting outside the house to drive the family to the Turkish border, to join the 17 000 Syrian refugees that Turkey says have already crossed over.

The luggage is placed in a trunk and as they depart, the driver, a member of the rebel Free Syrian Army (FSA), inquires by walkie-talkie about the state of the route.

“Everything is clear, all the way to the destination,” a crackly voice replies.

The convoy heads off from Sardana, carrying the fugitives to a location 15km from Syria’s northern frontier, but they must cover the second leg of the route on foot.

The cars hurtle along at top speed, bypassing the rebel barricades, under the envious watch of villagers at the roadside.

Finally they stop at an olive grove, where four other rebels are waiting in the shade. The walk begins, but the going is slow and tiring.

One of the FSA rebels carries Mohammad on his back. Behind them, Nafissa and Ali walk hand in hand with their frail mother. To quicken their progress, the father then decides to carry his youngest child on his shoulders.

“After Homs and Idlib were taken, we lost hope,” says Abu Mustafa, a fellow traveller. “All my family fled to refugee camps in Turkey, and I am going to join them.”

A huge red Turkish flag is now visible in the distance, towering above a small army barracks that sits in the middle of the plain.

After an hour, the group arrives at the border crossing.

One of the rebels makes a phone call, as the others wait nervously.

Two of them then cross the border, saluting the Turkish captain.

Mohammad follows, assisted by his brother. The Turkish soldiers offer him a mattress as he waits for an ambulance.

Then the others cross one by one, after their bags have been inspected. The mother and her youngest are the last to arrive. — Sapa-AFP