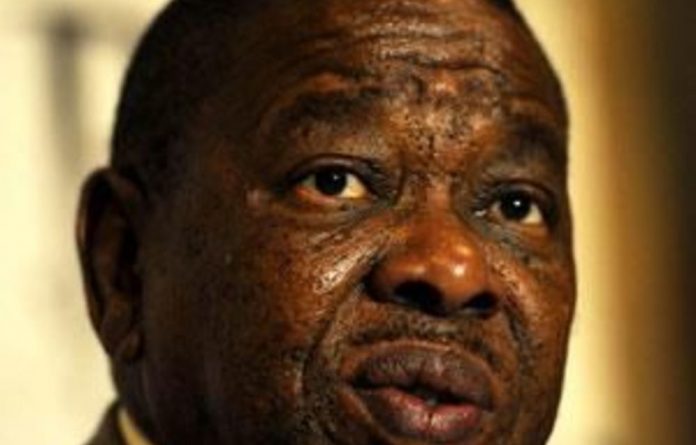 ANC secretary general Gwede Mantashe has cautioned Minister of Higher Education and Training Blade Nzimande against losing focus on South Africa’s skills needs while undertaking his project of promoting humanities in the country.

“I hope that the minister of higher education will not be trapped into being a sociologist and ignore the overall needs of the country,” said ANC secretary general Gwede Mantashe last night, keynote speaker at Nzimande’s conference on the dire state of the humanities in South Africa.

But the ANC supported interventions meant to shield the social sciences, Mantashe added. “Societal needs must inform our interventions, hence the appreciation that this intervention is critical for us avoiding the dearth of ideology.”

Mantashe was responding to a key initiative of Nzimande’s since he became minister in 2009 — one that is also the essential aim of a conference now under way in Boksburg, Gauteng. His initiative centres on reversing the decline in the humanities in the country.

Balance
This must involve striking a balance between them and the natural sciences, as well as not allowing the government’s vitally necessary address of the country’s skills shortages to further the decay of the humanities, Nzimande has repeatedly said.

His department’s humanities charter, a document Nzimande in 2010 appointed a team — led by University of Cape Town Professor Ari Sitas and Wits University’s Dr Sarah Mosoetsa — to produce, comes under the spotlight in the three-day conference, The Future of Humanities and Social Sciences in South African Universities.

The conference is meant to “provide us with broader perspectives as we map a way forward”, said the department’s director general Gwebinkundla Qonde.

Between 1996 and 2008 university enrolments in these studies — excluding education — declined on average 2% each year despite an overall 2.6% increase in overall tertiary enrolment every year in the same period, according to the Academy of Science of South Africa, which last year published its own report on the same crisis.

Funding for the humanities decreased by 13% over the period, the academy found.

But it is the department’s own humanities charter that comes under the spotlight in the three-day conference.

Nzimande told the Mail & Guardian at the launch on Wednesday night that while the country was focusing on science, engineering and technology, and rightly so “because we have a huge shortage of people in those areas”, the unintended consequence was that humanities were losing their value at universities.

“The declining value of humanities is not being given the attention that it deserves,” Nzimande said. “We cannot allow social sciences to decline,” he said, because they are important in a country like South Africa that is striving to achieve social cohesion and development.

The department is seeking to strike a balance between promoting humanities and natural sciences, said the minister, and it is aware that it has to guard against deviating from trajectory towards addressing scarce skills.