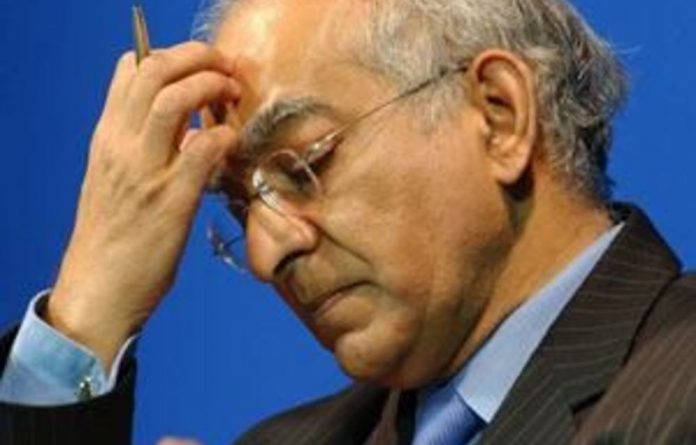 Attaching documents it alleges are internal MTN memos, Turkcell claims in the court papers that MTN bribed officials, arranged meetings for Iran with South African leaders and promised Iran weapons and United Nations votes in exchange for a stake in Irancell to provide mobile phone services in the Middle East country.

It is now seeking compensation for damages, claiming that MTN’s actions caused “harm” to both Turkcell and its shareholders.

In a statement on Thursday morning, Turkcell said that in 2004 it was awarded Iran’s first private GSM licence through an international tender.

Turkcell said in the statement that the lawsuit was filed in the US district court for the district of Columbia because both companies have extensive business dealings in the US and “due to the allegations that MTN breached rules of international law”.

Turkcell said it had previously conducted settlement discussions with MTN but the South African company terminated the discussions in March through a public announcement.

Two weeks ago MTN claimed that Turkcell had tried to extort money from it and urged Turkcell to cooperate with South Africa-born and former British Supreme Court judge Lord Leonard Hoffman and his team who have been commissioned by the MTN board to investigate claims of corruption.

Collapsed discussions
MTN is the 49% shareholder in Irancell with state-owned Iran Electronic Development Industries. Iranian military owns one of MTN’s two state-linked partners there, including Iran Electronics Industries, which is the also the subject of a web of US and European sanctions that target proliferators of “weapons of mass destruction”.

According to Bloomberg, the alleged MTN memos — attached in the court documents and codenamed “Operation Snooker” — describe payoffs to Javid Ghorban-oghli, then Iran’s deputy foreign minister and Yusuf Saloojee, South Africa’s ambassador to Tehran at the time. In the memos, company executives codenamed the men “Long-J” and “Short-J”.

According to Turkcell, MTN prevailed upon the South African government to abstain from three votes on Iran’s nuclear energy programme at the UN’s International Atomic Energy Agency (IAEA) in Vienna in 2005 and 2006. It further alleges the Iranian communications ministry told MTN it was withholding its licence until it saw how South Africa voted at an upcoming IAEA meeting.

The M&G reported on February 10 that South Africa’s representative to the IAEA, Abdul Minty, abstained from an IAEA vote on Iran on November 24 2005 and that the licence was issued to MTN three days later.

Minty told the M&G then that MTN had not put any pressure on him: “At no point did they approach me to influence me in any direction. I don’t know what Turkcell knows. We weren’t pushed by anyone,” he said, adding that South Africa’s position on Iran at the IAEA was “very consistent”.

Tortuous interference
The papers, according to Bloomberg, cites violations of the Alien Tort Statute, a 1789 law that gives US courts’ jurisdiction in some instances to consider claims by foreigners for illegal conduct that occurred in another country. The law is usually cited in human rights and torture cases.

The claims against MTN also include tortuous interference with a contract, defamation and breach of contract related to a confidentiality agreement that Turkcell says MTN violated.

On February 3, Reuters quoted the international relations ministry spokesperson denying Turkcell’s allegations and stating that “South Africa’s foreign policy is independent and it cannot be influenced by anyone”.

On March 20, the New Age quoted Minister for International Relations and Cooperation Maite Nkoana-Mashabane saying: “I have not considered it necessary to launch any investigation into the allegations as I am aware that South Africa’s position on Iran’s nuclear programme has not been influenced by any company.”

This was in a written response to Parliament. The newspaper further quoted her saying: “I am furthermore not aware of any improper payments that had been made to any official. Any evidence to the contrary should be submitted to the relevant law enforcement agencies for further investigation”.

MTN was due to put out a SENS statement before markets opened on Thursday morning but a spokesperson said that they believed in the Hoffman inquiry to investigate the claims.

Read the M&G newspaper on Friday for the full story and all the characters implicated by Turkcell.