A watershed moment for Sadtu 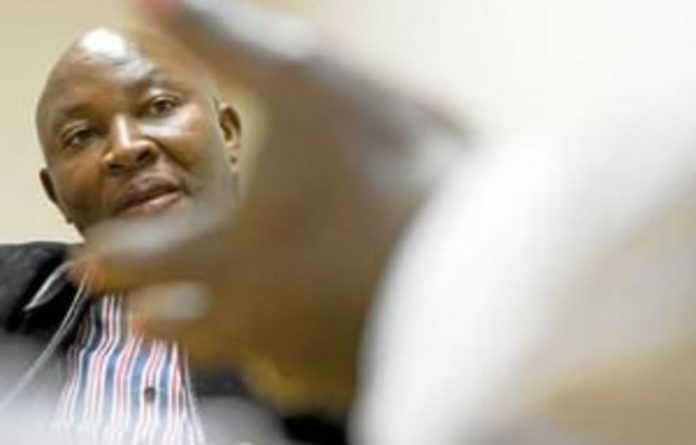 It was heartening to listen to South African Democratic Teachers’ Union (Sadtu) president Thobile Ntola appealing to the union’s thousands of members last week to look into the ­mirror and question their role in the country’s education roll-out.

Ntola’s appeal, one reiterated by Sadtu’s secretary general, Mugwena Maluleke, at the union’s national education, gender and labour policy conference in Kempton Park, suggested that the union was adopting a new way of responding to the stinging criticism it usually receives about how it deals with matters affecting its members.

Criticism is based on the widely held view that Sadtu stands in the way of quality teaching in public schools. The Democratic Alliance dutifully hammers Sadtu over this and, last week, the party’s leader, Helen Zille, went to the Eastern Cape — the province facing the worst crisis in basic education — to march in protest against the union.

In September last year, the Centre for Development and Enterprise said Sadtu was blocking critical education reforms. Releasing a report on the quantity and quality of teachers, the centre’s executive director, Ann Bernstein, told the media: “Sadtu is behaving as if the interests of teachers are more important than those of pupils. That is the reason why South Africa always comes last in all the international assessments.”

The report included the complaint of a southern Johannesburg school principal, who accused the union of frustrating moves intended to improve school practices by lengthening classroom contact time, dealing with poor teaching and learning performance, reducing teacher absenteeism and appointing the right people.

Hitting a nerve
Such criticism always hits a nerve with Sadtu members and the union’s secretariat never wastes much time before hitting back. Sadtu’s national executive committee retaliated against the centre, dismissing it as “part of the liberals who want workers’ gains to be reversed”.

It is this penchant of Sadtu’s for lashing out at criticism in the manner of a political party that makes Ntola’s entreaty last weekend seem like a watershed moment in the union’s recent history.

Ntola called unapologetically and vibrantly on the union’s members to put themselves in the position of their critics to gauge whether they do have a point.

The conference, attended by more than 240 delegates from all nine provinces, provided a moment for Sadtu “to step into the shoes of all those who are our adversaries [and] ponder why they have such views about us”, Ntola said.

“Do they hate us, or is there substance to what they are saying? Are they genuine?” The union must ask itself such questions, Ntola said: “Let’s look at ourselves in the mirror to understand ourselves and understand what’s to be done.”

The country’s education was “crying out for salvation”, Ntola told the delegates. “We have to call upon our members, in particular unions and teachers, to ensure that education is saved, which in turn will save the nation.”

Maluleke followed up last Friday by telling delegates Sadtu needed to open a debate about itself because it “claims to be a revolutionary union”.

With about 256 000 members among South Africa’s 390 000 public-school teachers, Sadtu is the country’s largest teacher union and one of the biggest within trade-union federation Cosatu. Every decision it takes has an impact on the roll-out of education in public schools.

During “silent reflection”, thousands of Sadtu members must ask themselves why it is that, although so many teachers were now better qualified, with more than ever holding master’s degrees, it did not translate into quality of output, Ntola said.

Among numerous other indicators over many years, the 2011 annual national-assessment results proved how shockingly low performance in literacy and numeracy was among pupils in the formative grades. The national average performance in literacy among grade-three pupils was 35%, and just 28% in the same grade were competent in numeracy, for instance.

Ntola knows that comparing the current crop of teachers to those of yesteryear can anger, even alienate members. He was quick to point out “the conference was not for populism, but to confront issues as they are”.

But then he went on: “We now have [teachers with] master’s but [pupils] can’t read and write from grade one — Those who produced Matthew Goniwe were [only] trained for six months [and] some were not trained [at all],” said Ntola.

Teachers in the era of Goniwe, himself a former teacher as well as an activist and community leader, were able to teach their pupils to speak fluent English in formative grades. “Is it not a fact that a majority of learners” cannot communicate in the lingua franca now, Ntola asked.

Poor teaching and learning resources should not stand in the way of teacher performance either. Said Ntola: “If you argue about resources — there are learners in Limpopo who study in bundus and still get As in maths.”

At the same time, the basic education department must invest further and work more diligently to bring much-needed relief to thousands of teachers working under unfavourable conditions across the country, most critically in the Eastern Cape.

The scourge of mud schools
For instance, the province still has 395 mud schools, urgent court action launched this month by non-governmental organisation Equal Education reminds us.

Motshekga and the other respondents now have until April 10 to tell the court whether they intend to oppose the application, Equal Education told the Mail & Guardian this week.

The national minister’s admission in her address to the Sadtu conference that there was an estimated shortfall of 63 000 classrooms, “and we still have mud schools”, underlined the point that thousands of teachers remain embattled in the workplace.

Officially acknowledged inadequacies in even the latest teacher databases continue to result in some schools having shortages of teachers, which gives teachers impossibly high workloads, whereas others sit with an oversupply.

But Ntola’s call that “we cannot [find answers to such problems] through destruction of our institutions, [by] destroying property” went hand in glove with his other call that, as Sadtu members, “we must commit ourselves to new ways of engagement”.

Sadtu’s power
This is welcome. After all, which other teachers’ union can shut down schools in townships and rural areas whenever it wants to?

And which other union would be prepared to drag 53 000 teachers to a strike on the eve of the matric exams, as Sadtu threatened to do last year in the Eastern Cape?

Ntola’s call that the union finds new ways of engagement — provided it really does find resonance with Sadtu members — would go a long way towards restoring the basic right of learners to receive all the teaching and learning time the school curriculum requires.

Whatever the union’s ­politicking, Ntola and Sadtu’s leadership now appears to be on the same page regarding the trajectory the union should take to support critical reform in public education.

It should drive the message home among its members that teaching remains the main priority.