Violence on the rise as Mugabe promises polls in 2012 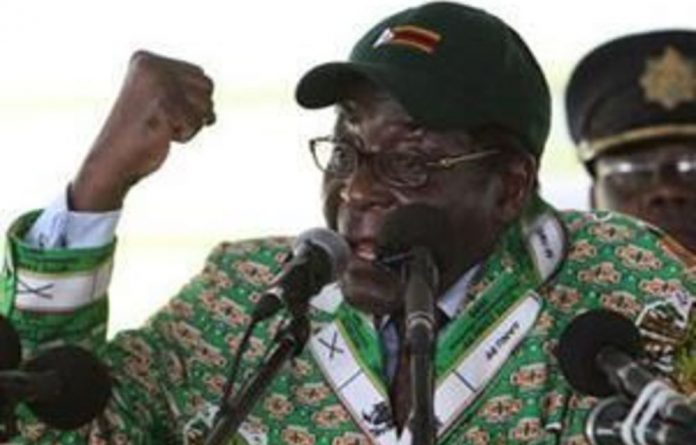 A Zimbabwe violence-monitoring group has said that there has been an upswing in violence in the past month since the president said he will call elections this year.

The Zimbabwe Peace Project said Saturday that monitors reported a 15% increase in human rights violations “directly linked” to the new push for polls in 2012.

State media loyal to President Robert Mugabe on Saturday reported that he reiterated what he said in a broadcast marking his 88th birthday in February that he can call elections this year with or without democratic reforms.

Mugabe said if reforms are not adopted by May, he will proceed to polls to end a shaky three-year coalition with the former opposition, the state Herald newspaper said Saturday.

A costly affair
In October 2011 the Herald reported that Zimbabwe would need $220-million to hold a constitutional referendum and fresh elections.

“We came up with a budget we submitted to treasury and as long as we get the money we are ready to roll,” Joyce Kazembe, deputy chairperson of the Zimbabwe Electoral Commission (ZEC) told.

Morgan Tsvangirai’s opposition party, the Movement for Democratic Change called for the overhaul of the ZEC staff ahead of the polls, saying it is packed with Mugabe’s security operatives.

Nkoana-Mashabane said Pretoria expects the power-sharing pact, known as the global political agreement (GPA), need to be fully in place with a new constitution approved by referendum before new elections.

“The GPA envisages that an election in Zimbabwe will only be held following the finalisation of the constitution-making process,” Nkoana-Mashabane said in a reply to a parliamentary question, acknowledging delays.

A committee “is drafting a new constitution, after which a referendum and then elections should be held. Our government therefore expect that there would be no deviation from the provisions of the GPA,” she added.

Mugabe has repeatedly called for Zimbabwe to go to the polls this year, even if the new charter isn’t in place. Reforms to media and the electoral laws are required under the uneasy power-sharing arrangement with the country’s Prime Minister Morgan Tsvangirai.

“We just must have elections. They just must take place with or without a new constitution. If others don’t want to have an election then they are free not to participate,” he said last month.

President Jacob Zuma is tasked by the Southern African Development Community (SADC) bloc to help Zimbabwe put in place the deal which Pretoria brokered in 2008.

Mugabe, in power since independence in 1980, has already been endorsed as his party’s candidate for a new vote to end the compromise government formed to stem an economic crisis and political melt-down after blood-stained polls in 2008.

Zimbabwe’s constitution-drafting commission says a referendum on the charter could not be held before August, meaning elections under the new constitution would not likely be until next year. — Sapa, AP