Skipper bails out Sri Lanka for the second time 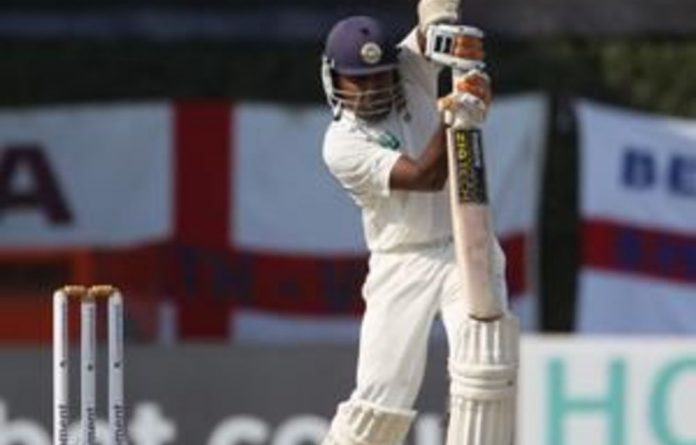 Skipper Mahela Jayawardene cracked his second century in consecutive matches to pull Sri Lanka out of trouble in the second and final Test against England in Colombo on Tuesday.

Jayawardene followed his match-winning 180 in the first Test in Galle with a classy 105 after seamer James Anderson had reduced the hosts to 30 for three within the first hour at the P Sara Oval cricket ground.

Thilan Samaraweera (54) added 124 for the fourth wicket with his captain as Sri Lanka recovered to post 238 for six by stumps on the opening day in a remarkable re-run of the Galle Test.

Sri Lanka had slumped to 15-3 in the first four overs of the match at Galle, before Jayawardene and Samaraweera rescued the hosts by putting on a half-century partnership.

The 34-year-old struck 11 fours and a six in his eighth hundred against England before he was trapped leg-before by off-spinner Graeme Swann with a sharp, turning delivery.

Losing top spot
England, whose 75-run defeat at Galle followed a 3-0 rout by Pakistan in the United Arab Emirates earlier in the year, need a win to level the series and retain their number one ranking.

Andrew Strauss’ men will slip to second spot behind South Africa if they lose or draw the match.

Jayawardene lost Samaraweera just before tea, leg-before to seamer Tim Bresnan, but there was no respite for the England bowlers who toiled gamely under the hot sun.

Angelo Mathews, returning to the side after missing the first Test with a calf injury, was unbeaten on 41 after adding 62 runs for the fifth wicket with his skipper.

Prasanna Jayawardene was caught behind off Steven Finn for seven, but Suraj Randiv saw out the day on five.

Anderson struck in his third over when he forced Tillakaratne Dilshan to edge a catch to wicket-keeper Matt Prior after the previous two balls had been driven for boundaries.

Kumar Sangakkara was dismissed first ball for the second match in a row when he was snapped up by Strauss in the slips, the England captain taking the catch at second attempt.

Skipper steadies the ship
Jayawardene once again prevented a hat-trick, as he had done in Galle, and went on to master the England attack on a dry wicket that is expected to crumble in the later stages of the match.

Lahiru Thirimanne padded up to a straight ball from Anderson and was given out leg-before by umpire Bruce Oxenford, a decision upheld by the third umpire after the batsman asked for a review.

The tourists went in with a three-man seam attack, bringing in Bresnan and Finn to partner Anderson with the new ball. Spinner Monty Panesar was dropped, while Stuart Broad has flown home with a calf injury.

Sri Lanka made two changes from the side that won in Galle, as a fit-again Mathews and Dhammika Prasad returned in place of Dinesh Chandimal and Chanaka Welegedara. — Sapa-AFP

Kuldip Lal
Once a journalist. Now finally doing something worthwhile. Here I speak only for myself. Kuldip Lal has over 1032 followers on Twitter.
Facebook
Twitter
WhatsApp
Linkedin