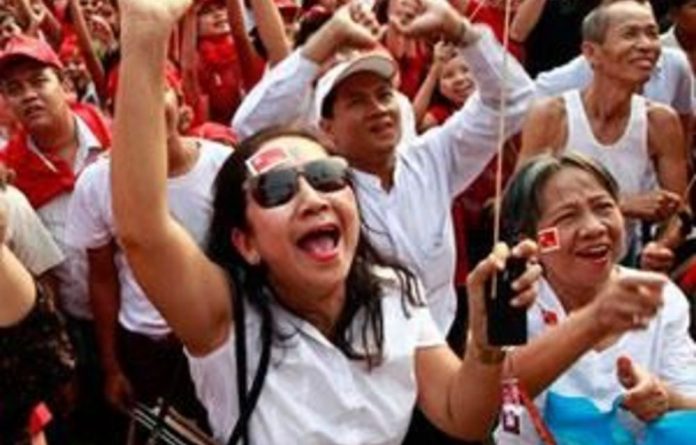 The veteran dissident’s National League for Democracy (NLD) won in 43 of the 44 constituencies where it fielded candidates in Sunday’s polls, according to an election commission announcement on state television.

The landslide victory gave Suu Kyi her first-ever seat in Parliament, although it will not threaten the comfortable majority of the military-backed Union Solidarity and Development Party (USDP).

The NLD won 37 seats in the 440-seat lower house, along with four in the upper house and two in the regional chambers, the results showed.

One quarter of the seats are reserved for unelected military officials.

The NLD lost one seat in eastern Shan state to the Shan Nationalities Democratic Party, which has strong support among ethnic minorities.

The USDP won just one seat, in a constituency in north-west Sagaing where the NLD’s candidate was disqualified from standing.

Burma’s quasi-civilian government has surprised even its critics over the past year with a string of reforms such as releasing hundreds of political prisoners and welcoming the opposition back into mainstream politics. — AFP