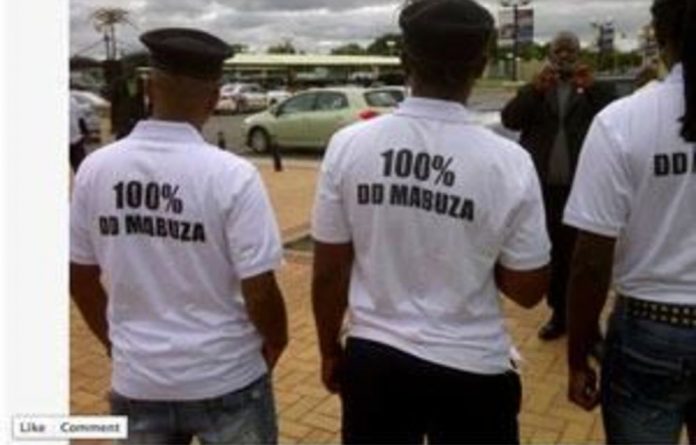 Facebook has been abuzz this week about whether ANC delegates in Mpumalanga will have to prove that they voted as instructed during the provincial conference from April 5 to April 8.

Previously, there have been reports that party factions kept control of their delegates by insisting that each delegate submit a photo of their ballots to prove that they’d voted as instructed.

The prospect of not having phones in the voting venue would free delegates to vote as their hearts dictated.

But the ANC’s head of security at the conference and self-professed Mabuza supporter, Welcome Nkuna, said on Facebook that delegates would be “allowed” to use their mobile phones to photograph their ballots.

“I am in charge of the conference security and protocol … I am going to allow fones [sic] in the conference venue and people can take fotos (sic) of ballot papers if they wish …” he wrote.

Sparking concern
The comments were made on a popular political satire site called Mpumalanga Province ANC (sic), which has nearly 5 000 fans, as opposed to the 105 fans on the provincial party’s official Facebook page.

The comments this week also sparked concerns that Nkuna’s open allegiance to Mabuza, whom he refers to as the “champion of Mpumalanga” in a March 30 post, had compromised the supposed impartiality of the elections. Nkuna’s fulltime job is as head of security in the provincial government. He is based in the premier’s office.

Nkuna confirmed he had a Facebook account but claimed that it was not him who made the comments on the rogue ANC site.

“My office is investigating who is responsible for it,” said Nkuna.

“I’ve got nothing to do with this thing,” he added. “I can’t give credence to Mpumalanga ANC.”

He also refused to confirm or deny whether he would serve as head of security at the ANC provincial conference and referred further questions to the party.

Provincial party spokesperson Paul Mbenyane said those in charge of operations, like communication and security, had to be irreproachable and not openly discuss their support of a particular candidate.

“If comrade Welcome has really made such comments it will be unfortunate because the other comrades will feel like their security has been compromised. We have to be neutral in operations,” he explained.

Following procedure
He said he was not sure if Nkuna was head of security at the conference, however.

Provincial secretary of the ANC Youth League Clarence Maseko said Nkuna’s comments on Facebook had compromised the integrity of the conference. Makola agreed.

“This is unknown in the ANC. We do not campaign on Facebook, or do shady things to be leaders. There are processes which need to be followed … Photographing ballots is also foreign in the movement. People must have their own choices, why do they have to take pictures of who they voted for?” said Makola.

He said the matter would be discussed at provincial level before deciding whether to take the matter to Luthuli House.

“He cannot be drawn on social media dialogue involving officials who are not speaking with authority,” said Mncwango. “Mr Welcome Nkuna may have participated in that dialogue in his personal capacity, maybe representing a certain ANC branch but not as an official in the office of the premier.”