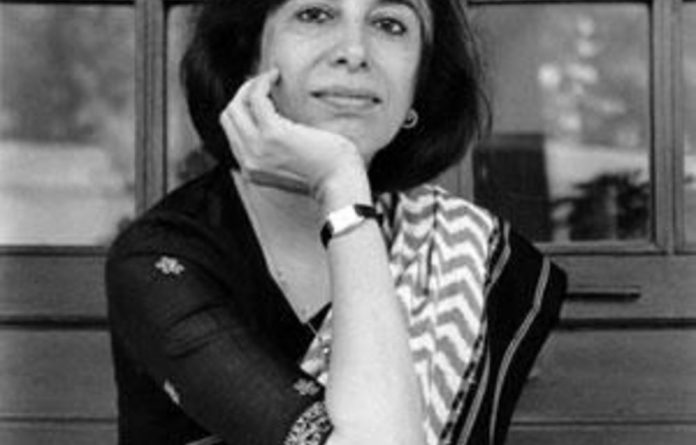 Manju Kapur won the Commonwealth Award for her first novel, Difficult Daughters, a remarkable debut that followed her decision to take up writing in the early 1990s. “I had just turned 40 and saw mortality staring at me and I wanted to leave behind a legacy,” she said during an interview in Johannesburg.

“It was a shy kind of ambition to leave something of myself. I wasn’t programmed to be ambitious, but if you want to leave a mark, that is ambition. I was always a reader but not a writer. It seemed something too far away, too distant from me. But, after 1980, there was a huge ­burgeoning of Indian writing in English and publishing houses began to multiply. So, suddenly, it wasn’t something far away,” she said.

Kapur’s fifth novel, Custody, tackles the complexities of life after marriage, moving away from traditional obligations to focus on personal values and happiness. It is set in the context of a middle-class Indian ­family during the 1990s when India was in a moment of change.

Kapur said that she chose to write family novels because “we all come from families and live within them, and from that springboard we are formed. Families are important for everybody and the dynamics within [are what] I find interesting.”

All her novels are about families based in India.

“But when you live in India, ­nothing is heightened. In India, there are problems all around and you deal with them by negotiating. It is just a process of constant negotiation, whether you are in the family or outside.”

Family affairs
The characters in Custody are drawn together by the consequences of an affair between Shagun and her husband Raman’s new boss, Ashok. It is the depth of character development that really stands out, because Kapur gives priority to the internal struggles of her central characters over the plot. Being a family drama, this is to be expected and their emotional reactions to events set the tone.

“I wanted to make Shagun plausible. It was hard for me to enter her mind, but for the purpose of the book I had to. She had to hate her husband to leave him; she looks for reasons to hate him. Social ­conditioning takes its roots in what you decide and how you want to present yourself.

“The narrative you are going to plug into is a decision you make and that narrative is conditioned socially. So Shagun plugs into the ‘I was too young when I got married’, ‘It was arranged’, ‘I need to have a career’. In India, that’s the society I know.”

Raman’s remarriage drives his relationships with Arjun, his son, with Shagun, his new wife Ishita and his daughter Roohi.

Gender, education and looks are also explored in great detail, giving rise to strongly contrasting characters. Great emphasis is placed on where you study, which has parents in the novel battling to get their children into the best schools.

In India, fair skin is beauty, so Shagun is regarded as a beautiful woman. She uses this as a way to get the best out of life. Ishita is plainer and a more traditional-looking woman, whose inability to have child­ren results in divorce. She becomes obsessed with wanting what she cannot have, and when Roohi comes along she fights hard and dirty to keep her.

Raman, a typical hard-working and well-educated man, structures his life on family values and tradition. He does not cope well with the changes in his life and does not let go of the past. We see that his love for Shagun remains constant, despite her betrayal. He blindly expresses his love for her through Arjun, who looks and acts just like his mother, which results in consistent rejection and more pain for Raman.

Added value
Ashok, educated abroad, has a sense of entitlement when he returns home and pursues Shagun, regardless of the consequences.

“Being educated abroad means you have a sense of entitlement in India,” Kapur said. “It is visible in every move you make and the things you say. You may try to hide it but it doesn’t get hidden. It’s obvious, and India is very obvious.

“The minute you open your mouth, everything says that you have this sense of entitlement, whereas others are trying to get it. They also want it and it’s mainly because of intangibles, which is why where you are educated is so important. It defines how you speak and what you are exposed to.

“Because of liberalisation in India and the opening of the economy that’s just two decades old, we have masses of younger people working in these places, shedding the traditional image, wearing jeans and T-shirts, so that just by looking at them you can’t tell where they are from. But when they open their mouths, you can. In a way, it’s good. Why should you be able to tell?”

The parents’ obsession with possessing their children, despite the consequences of their actions, leads one to sympathise with the child­ren who become withdrawn.

Arjun refuses to go to school, but is eventually convinced to attend the same boarding school Ashok went to. Roohi does not get into any of the prestigious schools, because she is psychologically traumatised by the divorce and from moving constantly between countries to be with her ­parents in turn.

Separation, divorce, remarriage, custody battles and the psychological trauma that follows make for a heavy but worthwhile read.

Living in interesting times
About the theme of the book Kapur said: “When things are changing, there’s more space for the ­vocabulary of self-fulfilment of individuals seeking their own path versus the traditional expectations of people — that they will fit into the family because more important than the individual is the whole community and their family and they fit into that role. Happiness lies there.

“There’s something to be said for both, but urban India, New Delhi, is the life I see around me. Things are changing. More women are getting divorced than before because they want more from life. They are not willing to settle.

“Older people think that the women today are modern and selfish, but it’s not about that. Nobody divorces for selfish reasons. It’s just that people are beginning to look at themselves — and that looking has validity, which it didn’t have before. That’s what it’s about, really.”