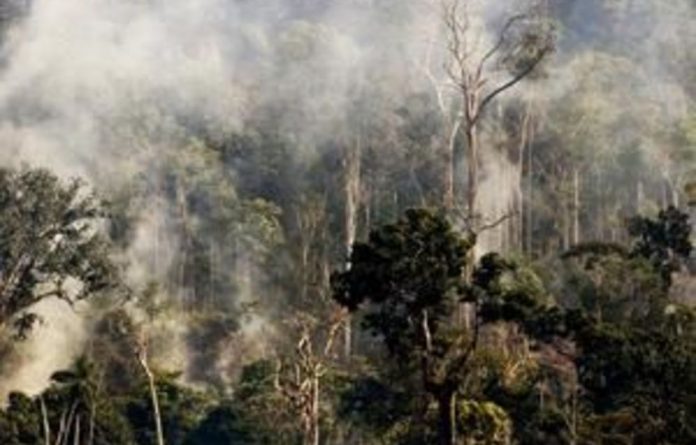 Earth has only one decade to pull back from various environmental tipping points before the damage caused by current consumption and production patterns becomes irreversible, international scientists warned this week.

The scientists added their voices to calls on world leaders at the United Nations Conference on Sustainable Development, to be held in Rio de Janeiro in June, to develop a “new political economy” that goes beyond gross domestic product (GDP) and takes into account the value of natural capital when measuring progress.

“Research now demonstrates that the continued functioning of the Earth system as it has supported the wellbeing of human civilisation in recent centuries is at risk,” the scientists said in a “State of the Planet Declaration” after a three-day meeting in London. Reaching the tipping points would lead to a series of breakdowns in systems that sustain people, such as oceans and soil.

The UN conference in Rio from June 20 to 22, dubbed Rio+20, is expected to focus on the global green economy and changing the way the world measures economic progress. At least 118 heads of state and government have confirmed they will attend.

At preparatory talks in New York last week, scientists succeeded in getting the concept of “planetary boundaries” included in the “zero draft” of the global agreement being negotiated for Rio+20. The concept refers to scientifically assessed load-bearing limits on the Earth’s systems that, if overstepped, will result in irreversible damage.

A South African government delegation joined the New York talks about the zero-draft agreement, which runs to about 6 000 pages. South Africa’s 14-page input said Rio+20 offered “a much-needed platform” to address emerging challenges to the implementation of sustainable development and the millennium development goals.

Members of the delegation said this week they aimed to ensure that the outcome of Rio+20 would be “action-oriented, with clear roles and responsibility”.

“The problem is not so much the absence of policies that promote sustainable development,” said department of environmental affairs spokesperson Lavinia Engelbrecht. “Rather, it is about access to the means of implementation, […] financial resources, capacity building and technology.

“Rio+20 should unlock the means to implement the sustainable development agenda, with particular focus on assisting developing nations to achieve their national developmental goals and imperatives.”

Rio+20 marks the 20th anniversary of the Earth Summit held in Rio in 1992 and the 10th anniversary of the World Summit on Sustainable Development in Johannesburg in 2002. Despite global commitments to sustainable development made at previous summits, economic-growth models had encouraged rampant overconsumption, the European Union’s commissioner for climate action, Connie Hedegaard, warned recently.

“The 21st century must have a more intelligent growth model, or else it is really difficult to see how we can feed seven billion people now and nine billion by 2050. Resources were cheap before, but it seems we are in for a period where they are becoming more and more expensive. We need to deal with this,” she said.

Current growth models rated the performance of countries only according to their GDP, Hedegaard said. Rio+20 should define broader measures of wellbeing and put a value on natural assets such as clean water, air and biodiversity.

Oxfam International’s Tricia O’Rourke said this week that non-governmental organisations wanted Rio+20 to produce political commitment to reorientating the global economy. “The human race is living beyond its means. The lifestyles and choices made by the wealthiest threaten our future security and prosperity while a billion people go to bed hungry every night. Rio+20 is about how we will achieve prosperity, security and wellbeing for nine billion in a world of finite resources and environmental limits. Summit themes don’t come more important than that,” she said.

Swedish climate ambassador Anna Lindstedt, in Pretoria this week for high-level talks, said a possible outcome of Rio+20 would be to link sustainable development goals with the millennium developmental goals.

“The issues Rio+20 will deal with are much broader than those at the COP17 conference in Durban late last year,” Lindstedt said. “Though climate change will be an important part of Rio+20, it will not dominate proceedings.”