Iran ‘puts the screws’ on MTN 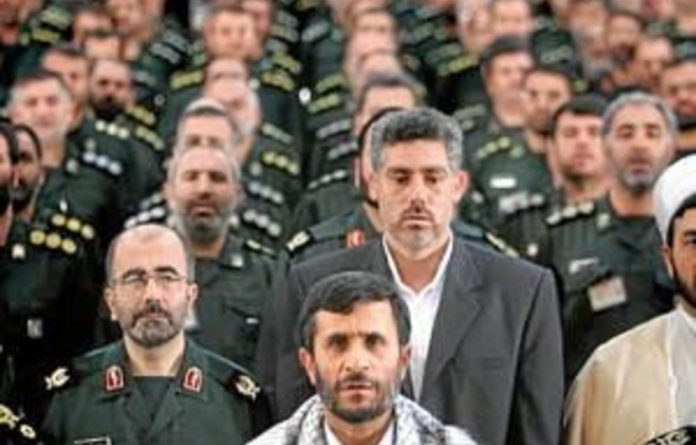 MTN is facing a storm over claims that it helped the Iranian government to spy on local subscribers and assisted the regime in its brutal crackdown on protesters in 2009 and 2010.

In court papers lodged in the United States last week, rival mobile operator Turkcell alleged that MTN told its Iranian military-linked partners it would allow the defence ministry to eavesdrop on subscribers.

Turkcell launched the $4-billion lawsuit in the US District Court of Columbia in Washington DC last week.

It accuses MTN of bribing South African and Iranian officials, facilitating weapon trade agreements between the two countries and influencing South African foreign policy on Iran’s nuclear ambitions in a bid to stop Turkcell from being awarded a second cellular network licence in Iran.

MTN, whose share price plummeted to a 12-month low last week, said it would oppose the lawsuit.

Activists who claimed to have been tortured after being arrested said that intelligence officials had their cellphone data.

This week, the Democratic Alliance asked the South African Human Rights Commission to investigate whether MTN “may be directly or indirectly responsible for human rights violations in Iran”.

DA MP David Maynier said there was no evidence that MTN Irancell was involved directly or indirectly, but he cited media reports that the company bought equipment to monitor calls, filter and block SMSes, and establish the location of users.

MTN flatly denied the claims this week, saying: “On human rights, the group takes direction from and adheres to the policies of both the South African government and the United Nations. South Africa has human rights enshrined as fundamental principles within its Con­stitution.

“Given South Africa’s own recent history and our ­struggle against apartheid, the ­centrality of civil rights is at the core of our culture as a company and as individuals.”

The company said the equipment it used in Iran was not intended to monitor dissidents “nor is there any evidence that the Iranian government has used the data collected to identify and locate citizens or dissidents”.

MTN is a 49% shareholder in Iran­cell.

Fifty-one percent is held by an Iranian state-linked consortium, which is dominated by a subsidiary owned by the defence ministry known as Sairan, or Iran Electronics Industries.

Sairan is subject to US and European Union sanctions that target proliferators of “weapons of mass destruction”.

It also holds a share in consortium Arya Hamrah, which owns and runs MTN Irancell’s data centre that houses the company’s servers and hardware.

The sources familiar with MTN’s Iranian operations said that, because of these ownership structures, Irancell readily gave information about subscribers to intelligence officials.

One of the sources said: “MTN’s data centre in Iran is effectively run by the military and military intelligence. None of the intelligence organisations needs to go through normal procedures to access subscriber data and track individuals.”

Describing the climate at MTN’s headquarters, a senior official said it was dominated by the presence of Iran’s military intelligence officials and the “morality police”.

“There was a tea lady who just stood at the printer all day. Her job was to watch us.”

The woman, understood to be a member of the “morality police”, would scold female staff whose clothing was considered too revealing and signalled her displeasure over “inappropriate” behaviour.

Communicating by email, the source said: “The people on the second floor are from military intelligence and the Basij and some clerics.

They oversee the intelligence and moral activities of the employees of Irancell. All emails, telephone conversations and SMSes of employees are monitored on an ongoing basis. This is then exposed to MTN against the threat that they will kick out MTN when they need concessions from it.”

The staffer described how men from the second floor would accompany Dezfouli to collect data on individuals and political dissidents: “On several occasions someone from the second floor and [Dezfouli] would come to the managed services group and say ‘give us all the details for this number’, and they would have to.”

The staffer said subscription and location data and call and SMS histories were handed over.

The company’s data warehouse is outsourced to a South African company, PBT.

According to the source: “PBT simply provides a data warehousing function. In other words, they extract data and provide data-mining functions for product development, market segmentation, etcetera. MTN owns the data, so they don’t really have a choice.”

PBT spokesman Nitesh Vallabh said: “We only transform the data into aggregated information as requested by [MTN] for management information to manage the business.”

MTN used the information to help it profile and market to its customer base; it was not supposed to be used to identify and track the activities of individuals, the source said.

But this did happen.

“In 2009 and 2010, it would happen four to five times in a month. It spiked whenever there were rallies or government protests. But it didn’t happen every month.”

In one case, the staffer said, he recognised a number as belonging to a friend, an active member of Iran’s opposition Green Party.

“We were friends and talked maybe every two weeks. Then one day a request came for his number and [they] gave them his data.

“I tried to call him that night and I could not reach him. Four months later I still couldn’t reach him on the number or Skype.”

In another case, the staffer said, he was talking to an acquaintance in South Africa in their home language when a voice broke in to say: “English, English, English!”

He was using an Irancell SIM at the time, “but whether this was a national or an MTN function, I don’t know.”

Click here to see Turkcell’s claim as filed in the US District Court of Columbia in Washington DC in March.

“No evidence” MTN data was used to target dissidents’

Shortly before going to print, MTN Human Resources Head Paul Norman submitted the following written response to questions over allegations that it assisted the Iranian regime in monitoring the communications and movements of political activists:

“MTN’s role in Iran is mostly as a technical partner. It is a non-controlling shareholder. Fewer than 30 MTN expats (not all South African) are employed in Irancell, out of around 2000.

“Whatever equipment MTN has acquired for Irancell was for normal business reasons. This is the same software we utilize at other MTN operations.

“To suggest that we acquired such equipment with the active purpose of enhancing the Iranian government’s capacity to monitor its citizens outside the law is simply outrageous. We have never cut off Skype and we do not own the international gateway. Some of the equipment listed was purchased to develop our ‘homezone’ offerings, which allow reduced rates within specific regional areas and thus expands the offering to more people.

“The data warehousing software was acquired to predict, churn and to see when airtime is running out and suggest new products and services to customers. This is standard software that is used by telcos, financial services and other companies around the world to improve the service that customers receive. It has nothing to do with interception, nor is there any evidence that the Iranian government has used the data collected to identify and locate citizens or dissidents.

“It is important to note that when MTN entered Iran, there were only around four million subscribers in total. Today there are almost 35 million subscribers, of whom more than 60% are below 25 years old. These are young people who use the network to communicate with each other, Skype, access Google and tweet each other.

“MTN works hard, with international legal advisors, to ensure that it is sanctions compliant. MTN’s views on human rights are clear. We are a South African company, founded in the year of our first democratic elections under a new constitution.

Civic and human rights are vital to the company, and as the individuals that work at MTN. MTN has a social and ethics committee of the board to look as such issues. One of our core values is respect human rights and privacy rights of people in all the markets in which we operate. We oppose abuse of such rights by any party, including governments, and we communicate our procedures extensively internally. We expect all our business partners to abide by our code of ethics

“Mobile telecoms has been a force for political and economic liberation in the emerging world over the last 10 years. MTN is proud of the part it played in contributing to this. But we accept the ethical complexities around telecoms in this new environment, and the potential for their manipulation for unethical means.

These are new areas of ethics and political debate. These issues also impact other telecom operators and Internet providers across emerging markets. MTN is keen to work with international bodies to construct clearer international standards.”

*Got a tip-off for us about this story? Email [email protected]