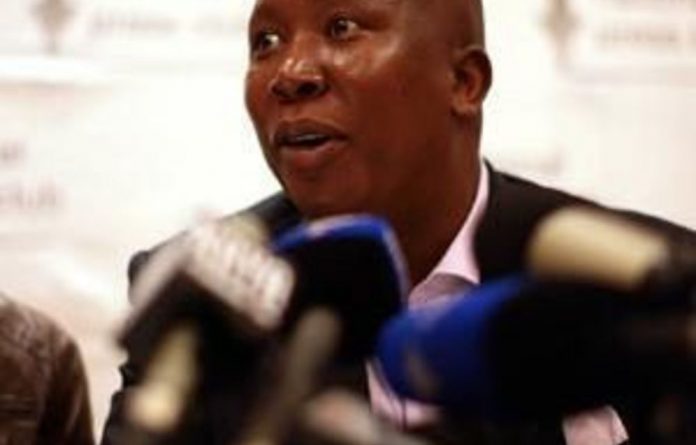 Think of it this way: Polokwane was the first of the ANC’s post-liberation children to hit adolescence. It stayed out past curfew, raided the liquor cabinet and painted graffiti on the neighbour’s wall. In the process, it established the elasticity of parental limits and ­softened up the disciplinary environment at home.

Polokwane nervously muttered coded imprecations about “two centres of power” and “abuse of state resources”; Mangaung calls the president a dictator in public lectures, buys provincial congress votes and battles for control of the spy agencies far more openly than its older sibling.

On Tuesday afternoon we were supposed to believe we were watching an intervention by the parents as the ANC’s top six officials assembled at Luthuli House to insist that they were united in their commitment to discipline and would act firmly against “alien” behaviour.

The problem, Gwede Mantashe insisted, was not the Oedipal violence of a succession process that has engulfed the party and the state it so thoroughly controls. The ANC, apparently, does not have a succession process because it is not a royal family. In other words, the problem is not Mangaung, it is that bad seed he hangs around with. Julius Malema is a rotten influence, and the party must be quarantined against him.

On Wednesday morning the bad theatre of unity was backed up with a bit of action and the wild child was summarily suspended, a prelude no doubt to his final expulsion next week.

Of course, when the party leadership first moved formally to discipline Malema, plenty of people in the broader ANC family felt relieved that something was being done.

These relatives might have little sympathy for the paterfamilias from whose example, they tutted, the young man had learned his behaviour, but they value the institutional coherence of the ANC much more than they dislike its president, and they grasped at the prospect that order might return through Derek Hanekom’s iPad — the only tablet of party law left unbroken.

Of course, it did not work. The delinquent dad in the Union Buildings lacked the authority to assert personal control and so he had to trust an agonisingly slow, mock legal process. The kid started talking back, louder and louder, as he realised how little he had to lose.

Worse, he appeared to have some real adult enablers, in the form of indulgent uncle Mathews Phosa and proxy father Kgalema Motlanthe, who appeared on public platforms alongside him, lending moral support even as they murmured blandishments against open dissent.

It was at them — and anyone who was thinking of following their example – that Tuesday’s performance was really aimed.

Said Mantashe: “National officials are invited to address centenary celebrations organised by the ANC Youth League and find themselves in compromising situations of being implicated in statements where ANC leadership is denigrated and insulted. This, too, must stop.”

The press conference was a ritual humiliation of Phosa in particular, who had to stand up and respond to questions about why, unlike Motlanthe, he had not been more strongly critical of Malema.

No one believed the top six were any more united after the press conference than they were before, but some of them may have been more frightened.

That does not mean discipline will now prevail. Walls were torn down at Polokwane and the thing that escaped has no truck with parents and their rules. — Nic Dawes