Winning bid to out auction ghosts 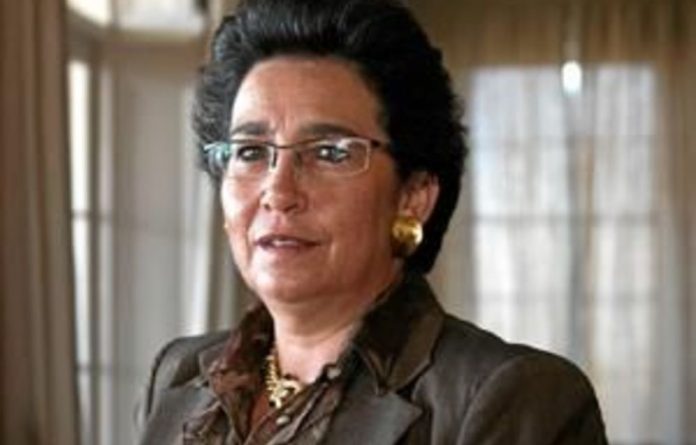 It was during her first experience of bidding at a property auction that prominent businessperson Wendy Appelbaum realised she was bidding against herself. “The lies being put out were extraordinary,” she said, reflecting on the events that followed.

Accusations of collusion and kick-backs came to light when Appelbaum laid a complaint with the National Consumer Commission, which was established a year ago, on discovering she had bid against a ghost bidder — someone hired to bid to drive the price up — while making a bid of R55million for the Quoin Rock Winery and Manor Estate in December.

Last week the commission found Auction Alliance guilty of contravening the Consumer Protection Act by conducting a mock auction and fined it 10% of its annual turnover.

The property price was driven up to R60-million by a bidder named Gideon Leygonie, but when Appelbaum refused to counteroffer, Auction Alliance chief executive Rael Levitt suddenly knocked the price back, causing hers to become the winning bid.

“When they knocked back the price, that was the first time bells began to ring,” she said. And when lot 2, comprising basic furniture and appliances, was auctioned off for an exorbitant price of about R1.4-million, Appelbaum’s suspicions grew.

But it was a pure gut feeling that, when she paused to have a cigarette before signing the confirmation of the bid and Levitt walked past her twice without uttering a word of congratulation, led her to believe he had something to hide.

A company search soon revealed Leygonie was not a genuine bidder. “When I began to look though it all, I saw he was clearly a man of straw. And as for his occupation, he was listed under Auction Alliance.”

Appelbaum said that the price reached was not necessarily a bad one, but the issue soon became a matter of principle.

“When I challenged Mr Levitt, he became incredibly rude and dismissive,” she said. “Initially he said: ‘Why would I do this with such a high-profile auction?’ You know why? Because he has never been challenged.”

The media soon picked up on the story and exposed a paper trail that implicated Levitt in giving kickbacks to bank staff (at Absa, FNB, Nedbank and Investec) in return for preferential treatment.

The banks have since launched investigations into the accusations and have stopped doing business with Auction Alliance.

The Consumer Protection Act seems almost tailor-made for Appelbaum’s complaint. The local auctioneering industry has long had free rein to operate as it pleases in a largely unregulated environment. Provisions in terms of auctioneering were specifically included in the Act, which came into effect a year ago, to bring the industry into line with international standards.

Before the Act, however, auction houses belonging to the South African Institute of Auctioneers were only subject to a set of standards “to promote the ethical and professional practice of auctioneering as a profession”.

Its members are compelled to meet legal requirements set down by the Estate Agency Affairs Board if they sell property. They also contribute towards a fidelity fund that offers financial protection to members of the public who are involved in selling or buying movable goods at auction.

But it seems this was not enough to curb the unethical practices that pervaded the industry, which Appelbaum described as “pretty sick”. “I became an expert [on auctions] in an effort to protect my own rights and became familiar with the Consumer Protection Act,” Appelbaum said.

Section 45 of the Act states that, unless notice is given that a sale by auction is subject to a right to bid by, or on behalf of, the owner or auctioneer: (a) the owner or auctioneer must not bid or employ any person to bid at the sale; (b) the auctioneer must not knowingly accept any bid from any such person, and; (c) the consumer may approach a court to declare the transaction fraudulent if this undertaking has been violated.

On Friday the consumer commission released its findings and found Levitt and Auction Alliance guilty of contravening the provisions of the Act “by conducting a mock auction with the intention to induce Mrs Appelbaum to participate in a flawed auction process and, as such, to offer an inflated purchase price for the Quoin Rock estate on December 10 2011.”

The commission said it would consult with Levitt on April 10 to establish whether or not his conduct amounted to fraud. Should it find sufficient grounds, it would refer the case to the National Prosecuting Authority for further prosecution. The body also concluded that Levitt knowingly provided false information, which allowed it to call for a fine of R1million or a period of imprisonment of up to 12 months, or both.

Furthermore, the commission will approach the Estate Agency Affairs Board to investigate the possibility of suspending Auction Alliance’s fidelity fund certificate to practice, with a view to withdrawing it.

Appelbaum said there were a number of reasons for the case being resolved so speedily. “I don’t think it’s my profile and I certainly didn’t put anyone under undue pressure. But I think they [the commission] needed a big case like this to show the extent of their power. As far as her [consumer commissioner Mamodupi Mohlala’s] career is concerned, this was an important case for her.”

Appelbaum believed the case will bring many others out of the woodwork. “I’ve had an enormous amount of correspondence from people already. There are some very, very sad stories,” she said. “The consumer commission is a relatively inexpensive route to take. Lawyers are too costly for most people.”

She also expected more steps will be taken against white-collar crime of this type: “I think they will close a lot of those loopholes now.” The Act, in her view, has been tested to the maximum.

But it is the liquidators who are getting off lightly, Appelbaum said. The testimony given by the managing liquidator at the hearing, Cloete Murray, also raised some eyebrows.

Insolvency practitioners are self-regulated and the Consumer Protection Act has no bearing on them, although the industry is subject to legal provisions in the Insolvency Act and the Companies Act. But “regulation is definitely needed”, Klopper said. “We have been pleading with the government for regulation for the past 20 years.”

This week Auction Alliance’s board stated that it had instructed its legal team to have the commission’s decision reviewed. “Auction Alliance remains open for business, but is continuing to cut its operating costs as would reasonably be expected in the circumstances.”

But Appelbaum said she had done her part. “I want to take a back seat now and allow this thing to take on a life of its own. I think, in many ways, I was really only the catalyst.”

Murray refused to comment and said he did not “administer matters” in the press. Levitt did not respond to questions, which had been emailed to him.