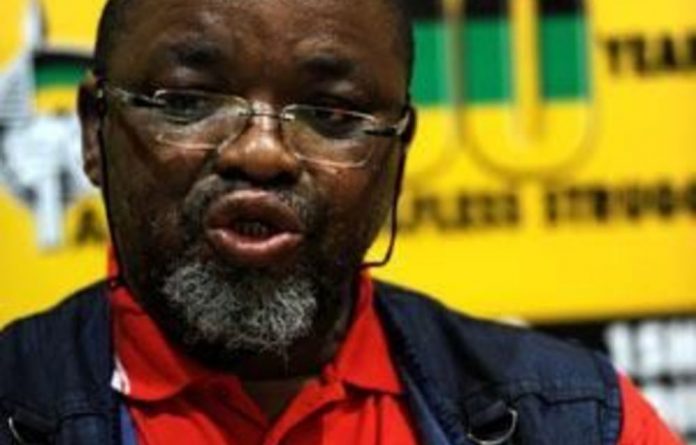 Embattled ANC Youth League leader Julius Malema did not defy the conditions of his suspension from the African National Congress (ANC) when he addressed a church congregation, eNews channel reported on Saturday.

ANC secretary-general Gwede Mantashe told the news channel that Malema had every right to attend church.

Malema addressed a congregation at a Good Friday church service at the Last Move Ministries, in Butterworth, in the Eastern Cape.

This was despite being barred from doing so as per the conditions of his temporary suspension from the ANC. However, he did not mention the ANC in his speech.

Temperamentally suspended
Malema was gagged and temporarily suspended by the ANC’s national disciplinary committee (NDC) earlier this week, a move which forbids him exercising any duty as an ANC member, president of the ANCYL or member of the Limpopo provincial executive committee.

Malema’s temporary suspension from the party followed comments he made about President Jacob Zuma at a centenary lecture at the University of the Witwatersrand last Friday.

In a statement on Thursday, Shivambu said: “In celebrating Easter Friday and commemorating the life of Solomon Mahlangu, president Julius Malema will visit the Twelve Apostles’ Church in Christ in Butterworth.”

Mahlangu was an Umkhonto we Sizwe soldier hanged by the apartheid government in 1979.

Malema attended two church services on Friday. He did not address congregants at the Twelve Apostles’ Church in Christ. — Sapa