War on drugs has failed: Legalisation on the horizon? 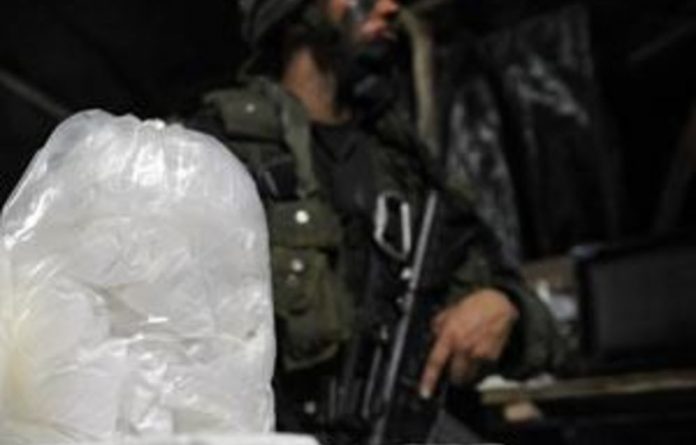 A historic meeting of Latin America’s leaders, to be attended by Barack Obama, will hear serving heads of state admit that the war on drugs has been a failure and that alternatives to prohibition must now be found.

The Summit of the Americas, to be held in Cartagena, Colombia is being seen by foreign policy experts as a watershed moment in the redrafting of global drugs policy in favour of a more nuanced and liberalised approach.

Otto Pérez Molina, the president of Guatemala, who as former head of his country’s military intelligence service experienced the power of drug cartels at close hand, is pushing his fellow Latin American leaders to use the summit to endorse a new regional security plan that would see an end to prohibition.

Pérez Molina says: “The prohibition paradigm that inspires mainstream global drug policy today is based on a false premise: that global drug markets can be eradicated.”

Pérez Molina concedes that moving beyond prohibition is problematic. “To suggest liberalisation — allowing consumption, production and trafficking of drugs without any restriction whatsoever — would be, in my opinion, profoundly irresponsible. Even more, it is an absurd proposition. If we accept regulations for alcoholic drinks and tobacco consumption and production, why should we allow drugs to be consumed and produced without any restrictions?”

He insists, however, that prohibition has failed and an alternative system must be found. “Our proposal as the Guatemalan government is to abandon any ideological consideration regarding drug policy (whether prohibition or liberalisation) and to foster a global intergovernmental dialogue based on a realistic approach to drug regulation. Drug consumption, production and trafficking should be subject to global regulations, which means that drug consumption and production should be legalised, but within certain limits and conditions.”

The decision by Pérez Molina to speak out is seen as highly significant and not without political risk. Polls suggest the vast majority of Guatemalans oppose decriminalisation, but Pérez Molina’s comments are seen by many as helping to usher in a new era of debate. They will be studied closely by foreign policy experts who detect that Latin American leaders are shifting their stance on prohibition following decades of drugs wars that have left hundreds of thousands dead.

Mexico’s president, Felipe Calderón, has called for a national debate on the issue. Last year Juan Manuel Santos, Colombia’s president, said that if legalising drugs curtailed the power of organised criminal gangs who had thrived during prohibition, “and the world thinks that’s the solution, I will welcome it”.

One diplomat closely involved with the summit described the event as historic, saying it would be the first time for 40 years that leaders had met to have an open discussion on drugs. “This is the chance to look at this matter with new eyes,” he said.

Latin America’s increasing hostility towards prohibition makes Obama’s attendance at the summit potentially difficult. The Obama administration, keen not to hand ammunition to its opponents during an election year, will not want to be seen as softening its support for prohibition. However, it is seen as significant that the US vice-president, Joe Biden, has acknowledged that the debate about legalising drugs is now legitimate.

Fernando Henrique Cardoso, former president of Brazil and chairman of the global commission on drug policy, has said it is time for “an open debate on more humane and efficient drug policies”, a view shared by George Shultz, the former US secretary of state, and former president Jimmy Carter. —