Executions haunt Syria as it drags heels on peace plan 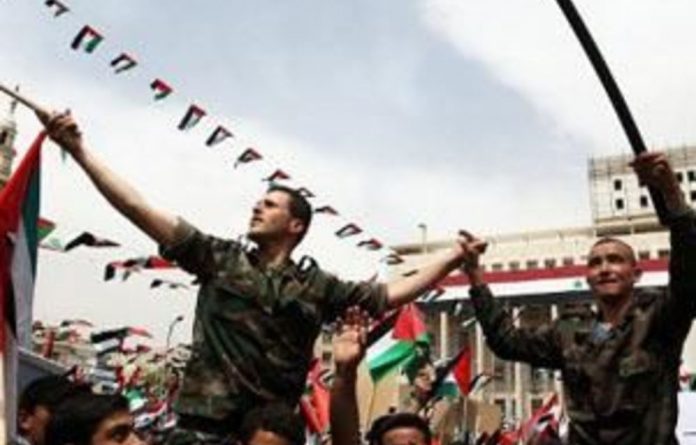 Syrian security forces have carried out over 100 executions against civilians and captured opposition fighters, Human Rights Watch (HRW) said on Tuesday, as Syria was chastised by Russia for not acting decisively enough in embarking on the plan for peace it brokered for the divided nation.

The report In Cold Blood: Summary Executions by Syrian Security Forces and Pro-Government Militias details over a dozen incidents involving more than 100 victims since late 2011.

The majority of cases were recorded in the towns of Idlib and the capital, Homs.

“They are doing it in broad daylight and in front of witnesses, evidently not concerned about any accountability for their crimes.”

The report
The report, while unable to verify the exact number of executions, details:

HRW called on UN-Arab League envoy Kofi Annan to include documenting these abuses in the brokered six-point peace plan.

Solvang also urged Annan to refer the abuses to the UN Security Council.

“Syrian security forces will stop the executions only if they sense that accountability is inevitable,” Solvang said. “It is up to the Security Council to send this message.”

Call for decisiveness
Syrian Foreign Minister Walid Muallem told Moscow on Tuesday that Damascus had begun fulfilling the peace plan but Russia said the regime should be more decisive in implementing the initiative.

The visit by the veteran foreign minister to Moscow coincides with a deadline under the Annan plan for the Syrian government to withdraw forces from protest cities amid Western worries that the peace plan is in tatters.

“I told my Russian colleague of the steps Syria is taking to show its goodwill for the implementation of the Annan plan. We have already withdrawn military units from different Syrian provinces,” Muallem said after talks with Russian Foreign Minister Sergei Lavrov.

He added that a ceasefire should begin “simultaneously” with the arrival of international observers.

Lavrov made clear said that Syria should be more decisive in fulfilling the plan of Annan, which most notably calls on Syria to pull out government forces and weaponry from cities hit by protests.

“We believe their actions could have been more active, more decisive when it comes to the implementation of the plan,” Lavrov said at a joint news conference with Muallem.

Fulfilling obligations
He said that Muallem had informed him that Damascus was starting to implement the key conditions of the plan concerning the withdrawal of weaponry and troops.

“An immediate cessation of fire is the number one task,” said Lavrov.

“We urgently call on our Syrian colleagues to strictly implement all their obligations in accordance with the Annan plan,” Lavrov said.

Russia has repeatedly condemned the West for taking what it says is a one-sided approach in the conflict but has in recent weeks shown signs of growing exasperation with the intransigence of the Assad regime.

“We consistently work towards this goal [democracy in Syria] with the Syrian government without any sort of hidden agenda, wishing peace and flourishing of the Syrian nation,” said Lavrov. — AFP, staff reporter