Catalans trim gap to one point 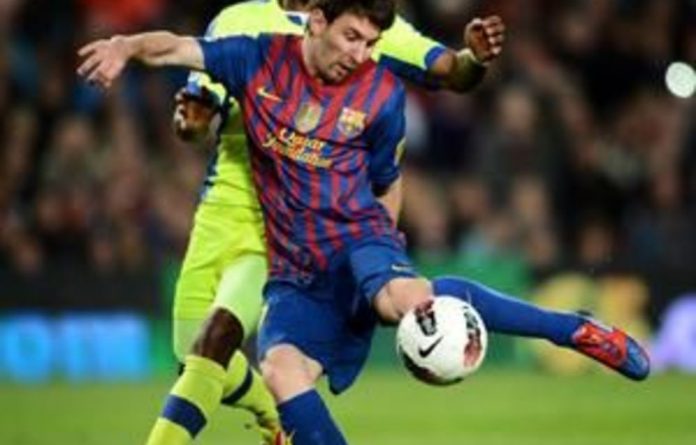 Alexis Sanchez scored in each half while Pedro Rodriguez also netted as Barcelona earned its 10th straight League win to increase the pressure on Madrid, which can restore its four-point lead by beating Atletico Madrid on Wednesday.

Messi took his league-best tally to 39 goals, leaving him one shy of matching Cristiano Ronaldo’s record 40 in a season.

Sanchez curled home a 13th-minute opener at the Camp Nou before Messi added another dazzling strike to his resume against Getafe, a team that has been the victim of some of his most memorable goals — including a solo run in 2007 often compared to countryman Diego Maradona’s goal against England in the 1986 World Cup.

This time, Messi ran on to Andres Iniesta’s subtle backheel pass and sent a rising shot into the top corner in the 44th minute.

Going to waste
Messi’s goal capped a first half dominated by the hosts, who looked in danger of letting their good play go to waste as they failed to convert a number of opportunities.

Iniesta was also involved in the opener as he looped a pass inside toward Messi, who chested it down onto the foot of Sanchez. The Chile striker cut inside to find space before curling a shot out of Miguel Angel Moya’s reach.

Sanchez saw Moya tip a similar chance around the post three minutes later, while Cata Diaz cleared Xavi Hernandez’s chip off the goal line a minute later and Messi headed the clearance over.

Although Barcelona’s defence was without injured players Gerard Pique and Daniel Alves, it still held Getafe — which beat the Catalans in Madrid earlier this year — without a single shot on goal.

Barcelona cruised through much of the second half before a pair of goals inside three minutes put the game away. Sanchez headed home Cuenca’s cross into the area in the 73rd before Pedro sent Messi’s cross over Moya in the 75th with his back to goal.

Superb dribble
Messi nearly matched Ronaldo’s record in the final moments after a superb dribble through the defence only to loft a shot across the face of goal. Ronaldo has 37 goals this season.

Atletico will be desperate to end a 13-year winless run against Madrid after sixth-place Osasuna beat nine-man Espanyol 2-0 to move four points clear into the final Europa League spot.

Raul Garcia scored in the 53rd, two minutes before Philippe Coutinho was sent off for a second booking, and then added his second in the 69th. Espanyol lost Juan Forlin to a red card in the 82nd.